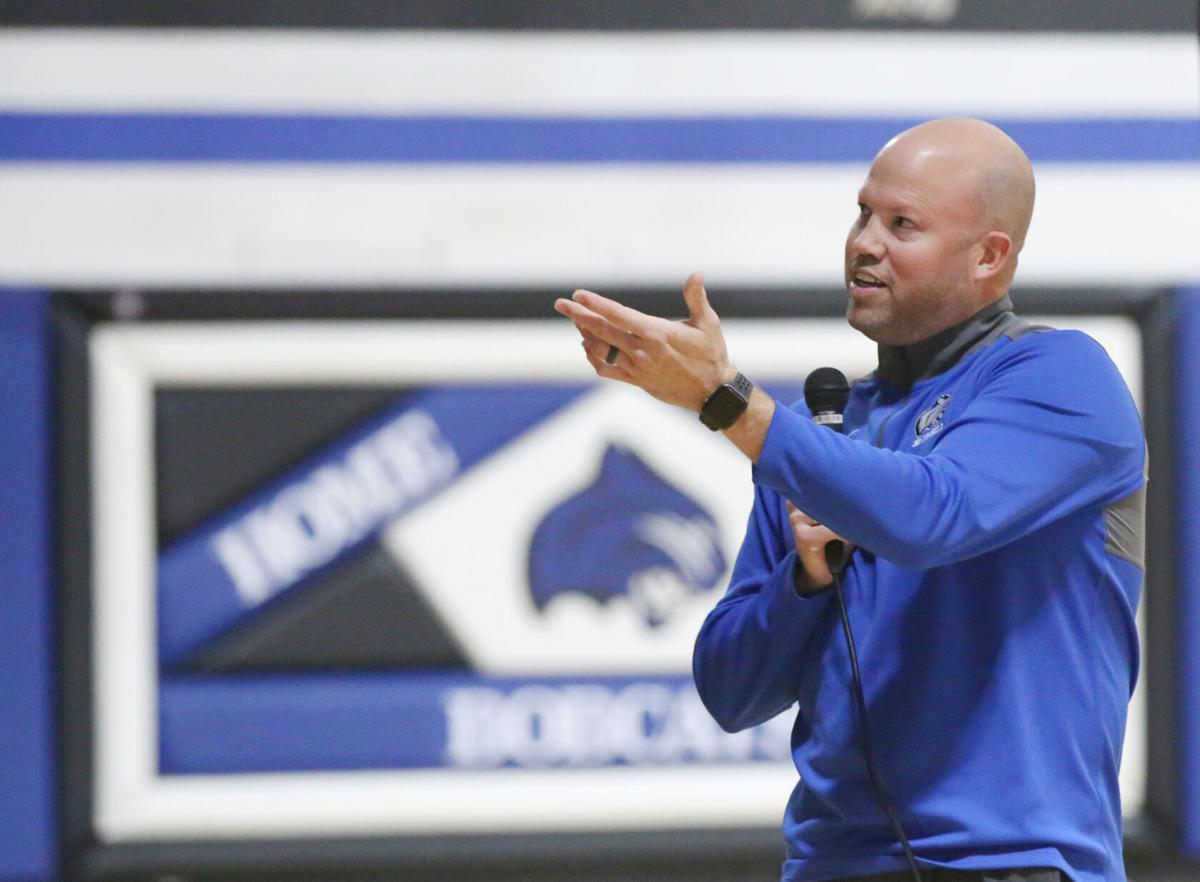 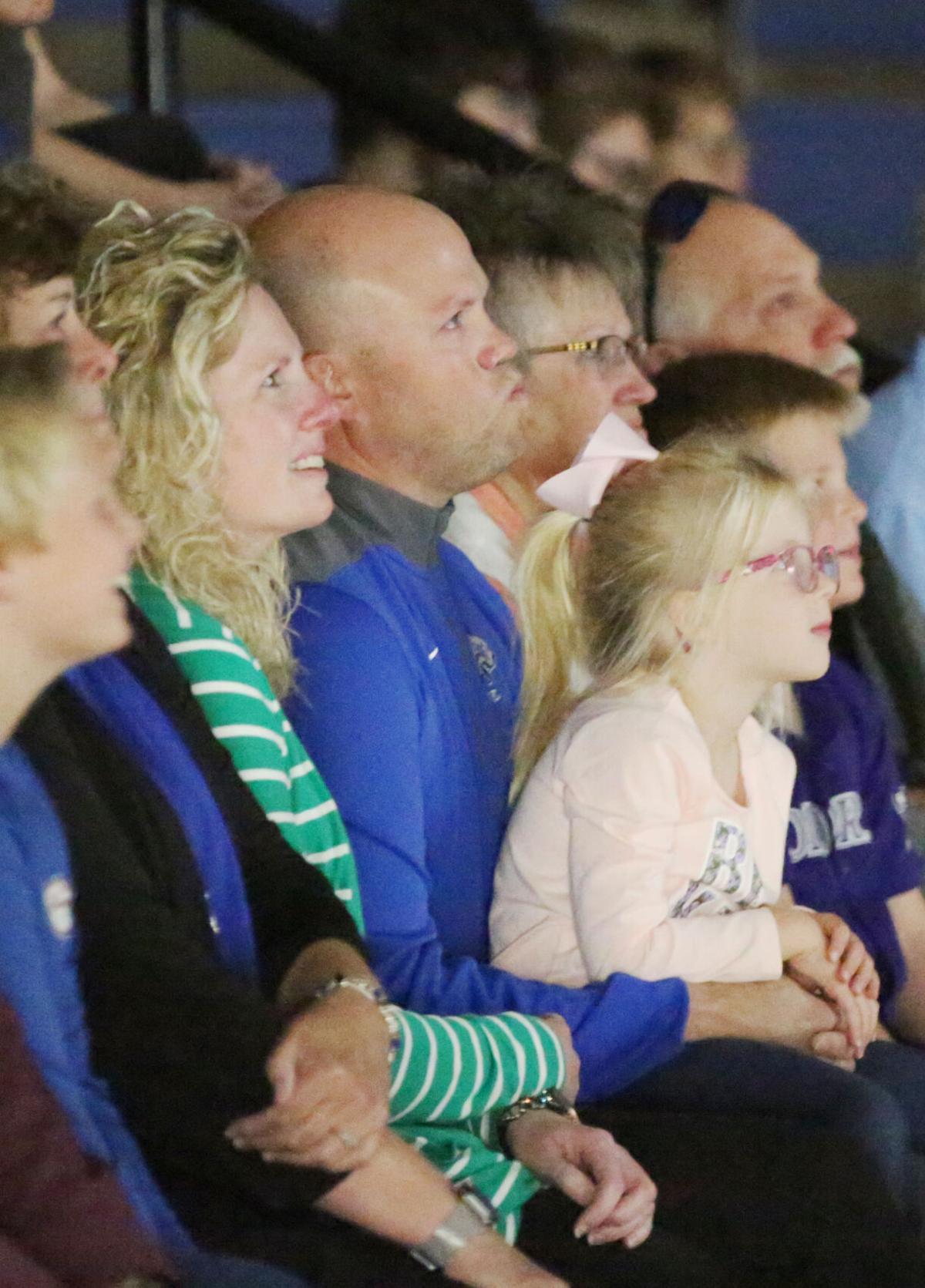 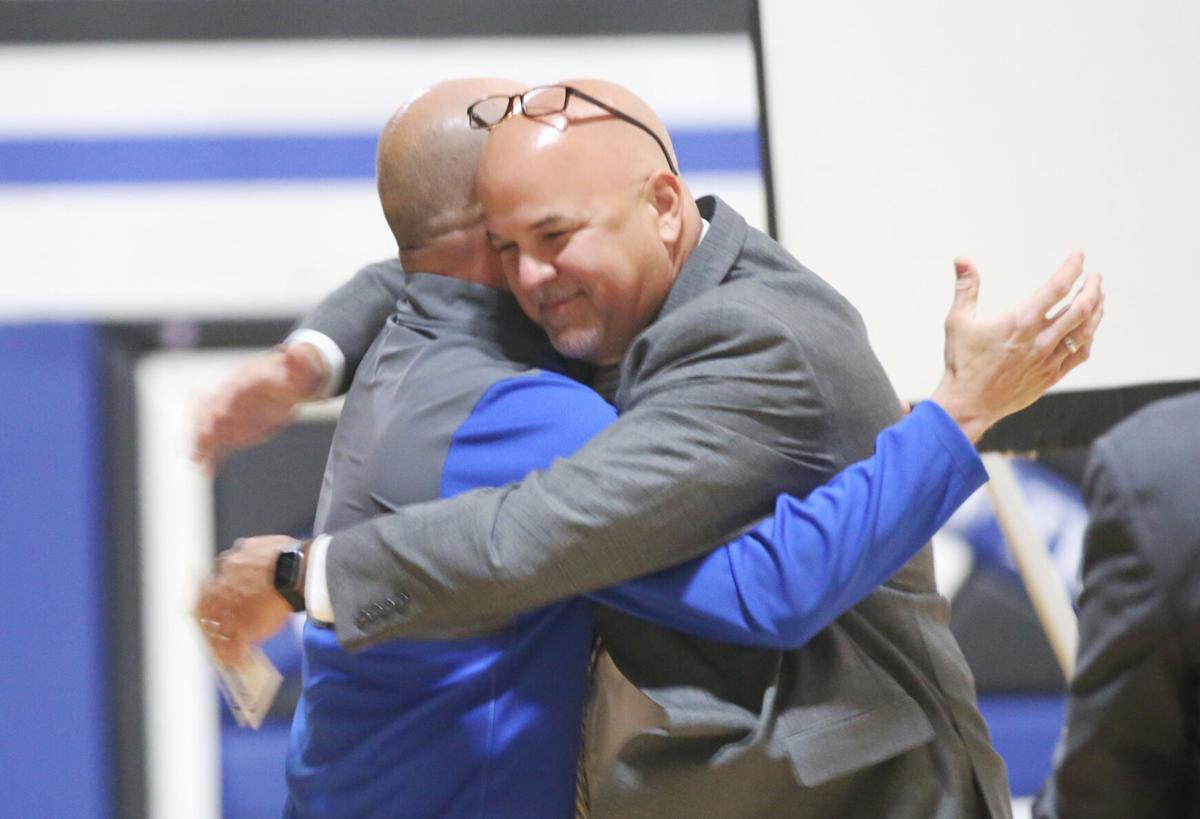 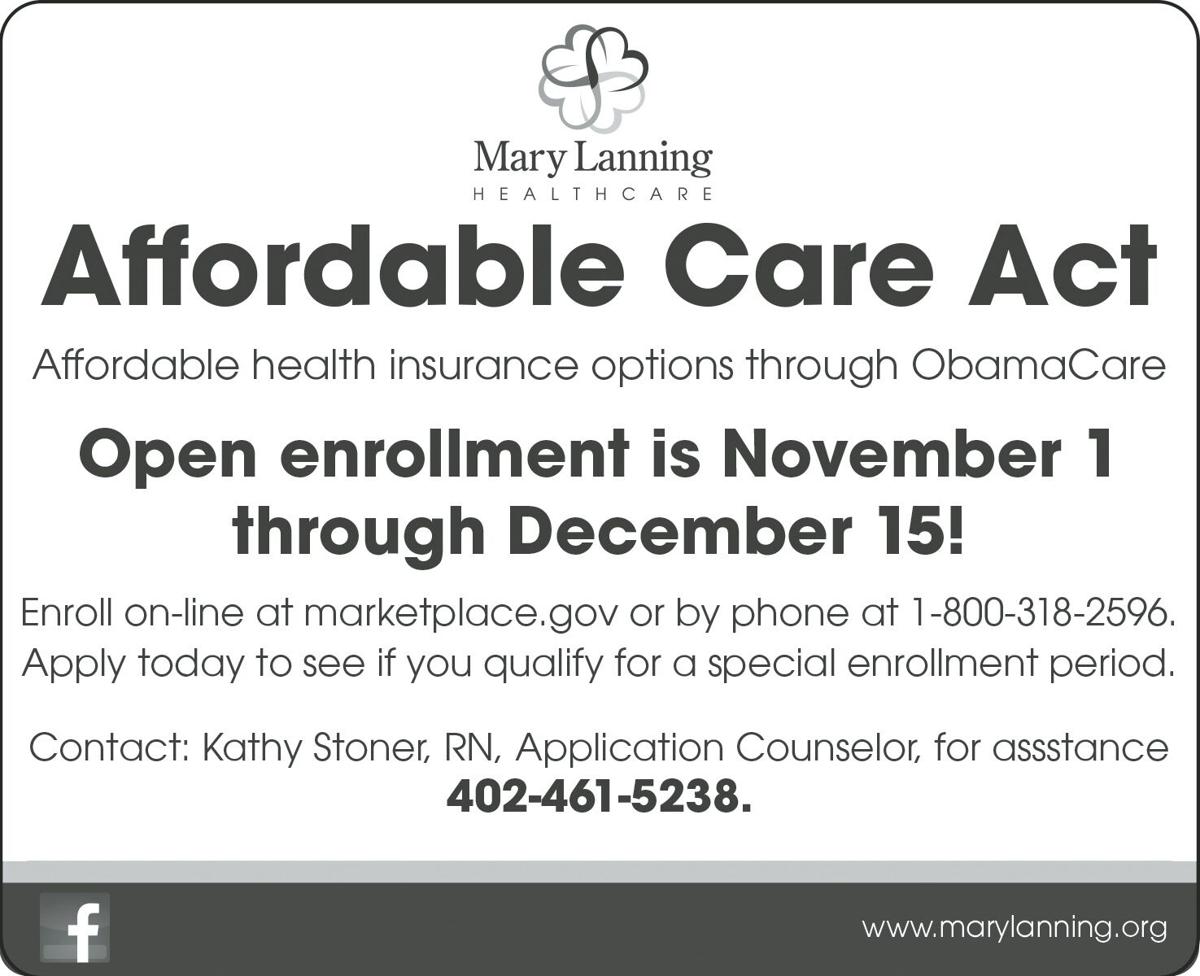 Staff collected pictures of Moore through the years and mixed them into a video with congratulations from students, staff and family members.

Moore said he was surprised by the assembly and thanked the teachers, students and parents of the Blue Hill school district for making his job easier.

Libby Macklin, a sophomore at the school, introduced Moore and highlighted his educational career.

Moore has been in education since 2006 and has been the principal at Blue Hill High School since 2015.

Previously to that, he served as the PK-12 principal of Bruning-Davenport Public Schools, a unified school system from 2011-15. Prior to working in school administration, he taught social studies at Creighton Junior/Senior High School in Creighton.

Macklin said she was honored to introduce Moore. She said students get along with Moore in part because they believe he is fair. She was glad to hear he won the award.

“It’s very prestigious,” she said. “I think Mr. Moore deserves it 150%. He definitely cares a lot about our students and teachers.”

A native of Edgar, Moore has been in touch with rural Nebraska schools his entire life.

Though the award was announced in June, Brad Jacobsen, a principal at Ashland-Greenwood and past president of the Nebraska State Association of Secondary School Principals, and Don Hosick, principal at Minden High School, attended the Oct. 15 assembly to present the award to Moore.

Jacobsen said he’s served on the selection committee in the past and believes the letters sent from students and teachers likely showed a personal connection that the committee wanted to recognize.

Hosick said Moore also has worked to improve rural education through the state.

“He’s been a legislative advocate for our organization and small schools in the state,” he said. “Patrick was one of the leaders in our area when we were dealing with the transition to remote learning.”

Joe’l Ruybalid, superintendent of Blue Hill Community Schools, said Moore was very deserving of the award and he was pleased to come help celebrate.

“We’re happy he’s being recognized for what he brings to our school district,” Ruybalid said. “He’s really good at building consensus with staff. This is good for the community of Blue Hill.”