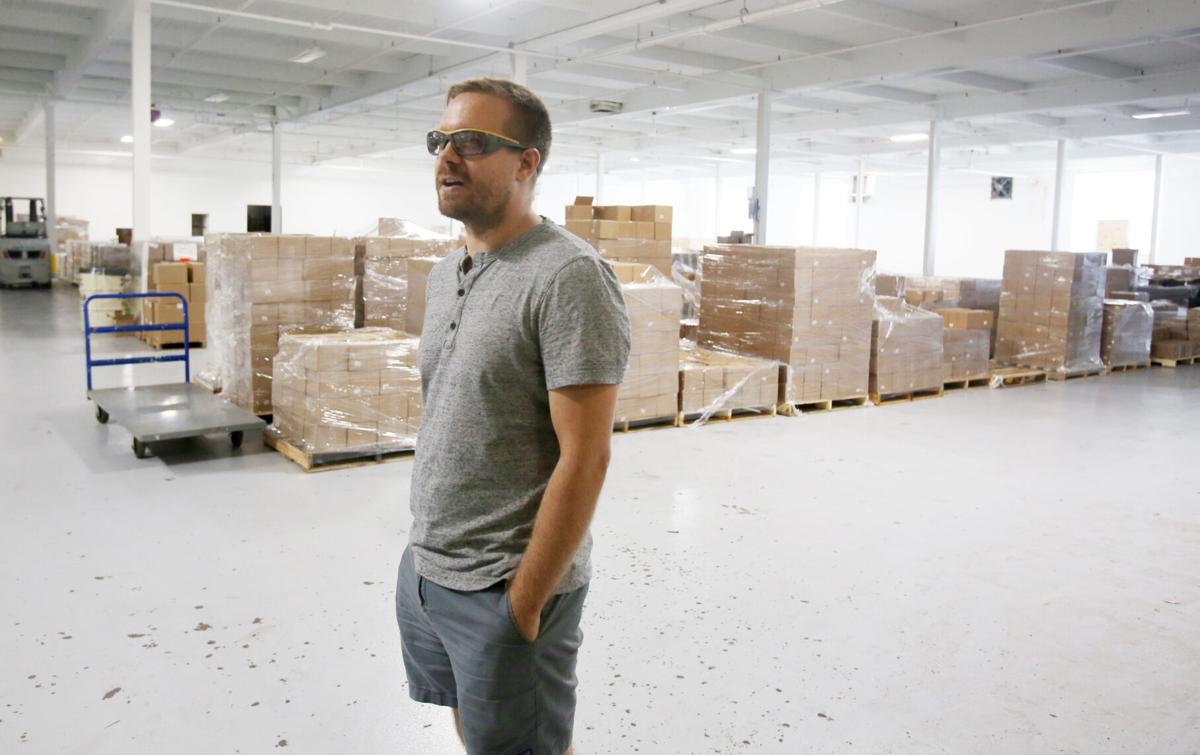 Andrew Vrbas is interviewed in the warehouse of Pacha Soap July 1. 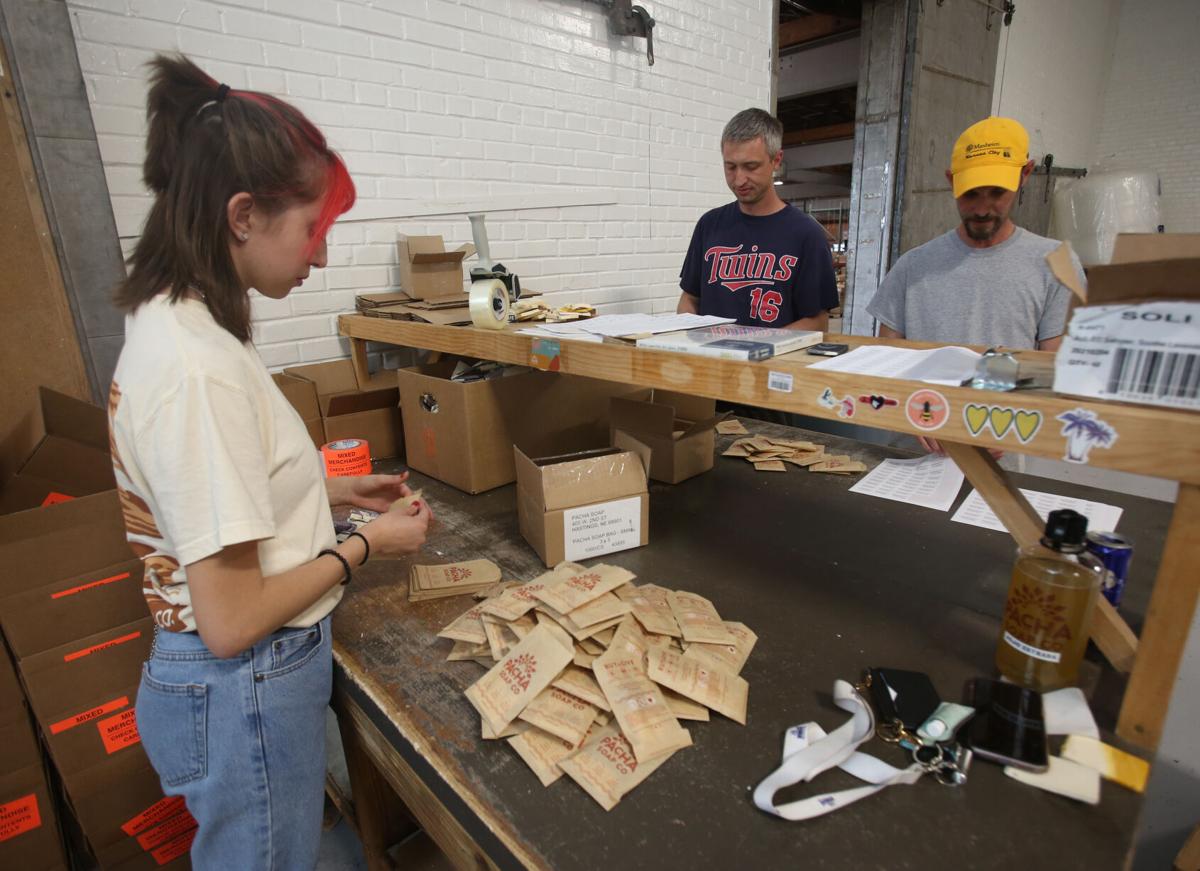 Andrew Vrbas is interviewed in the warehouse of Pacha Soap July 1.

P acha Soap Co. soon will increase its production and efficiency thanks to a Community Development Block Grant.

The Hastings City Council approved on June 28 applying for $727,000 in CDBG funds from the Nebraska Department of Economic Development to aid Pacha’s expansion. The total project cost is about $1.44 million, of which $1.16 million is for equipment, and $280,000 is for working capital and inventory.

Pacha founder Andrew Vrbas said in an interview on July 1 the grant will allow for the implementation of equipment that will take up about one-third of the 60,000-square-foot open area inside the Pacha building at 317 S. Elm Ave.

All of Pacha’s production currently takes place at its 405 W. Second St. location, where Pacha has been since spring 2014.

The building at 317 S. Elm Ave. currently is used just for shipping purposes. Pacha has had a presence at the former Bimbo Bakery since early 2020.

“Our process has been fairly basic and our equipment has been basic, and so this is going to help us get to the next level of efficiency and quality,” Vrbas said.

He estimated the project will take about 12 months to complete.

“It could take us a bit longer than that,” he said. “It just depends on how efficient we are.”

Production will start at 317 S. Elm Ave. once new equipment is installed.

The new equipment will result in about 24 jobs, bringing Pacha’s workforce to around 100 employees.

The new equipment, built specifically for Pacha by Pendergraph Machines of Durham, North Carolina, is anticipated to at least double output. Vrbas said production could be increased by as much as three times current levels.

“Since our process is so unique, we need specialty equipment to automate, but also to gain quality, gain output and meet the demand we have,” Vrbas said. “Hopefully, this project is going to help us scale. Pacha started mostly in the natural-foods segment of retail, but that’s, as a percentage, fairly small, that niche, in terms of total volume of goods purchased in the United States.”

He said the novel coronavirus disease, COVID-19, accelerated a desire from consumers for natural, good, quality products wherever they shop, not just at specialty, natural stores.

“It offers opportunities for brands like ours to be able to expand our distribution footprint across major retail in the United States,” he said. “Because of that scaling to meet that opportunity is always a challenge of chicken or egg. This will allow us to scale in an effective way. Right now we can sell a lot more than we can produce, so that’s definitely going to help us.”

Vrbas said Pacha has a lot of room to grow.

“Which is great,” he said. “We’re now going to focus on the product lines that we do well and currently produce, but in the future we’ll look at adding other lines.”

Pacha currently outsources some products to other manufacturers.

“There’s that opportunity for us to bring those lines into our factory here in the future,” he said.

Vrbas said such an expansion project had been in the plans ever since Pacha began moving into 317 S. Elm Ave.

He said this growth would occur much slower if not for the CDBG funds.

Pacha provided a $385,000 match then to add and sustain 11 full-time positions, bringing the company’s workforce at the time from 35 to 46 employees.

“It really helps us to be able to scale and grow,” Vrbas said. “We’re kind of on an island in a sense because there’s not a manufacturer just like us in the area. So we’re kind of unique. It helps us to get resources to create an industry here where there isn’t one. We love this town. We’d love to stay here and help it continue to flourish and grow and bring jobs here.”