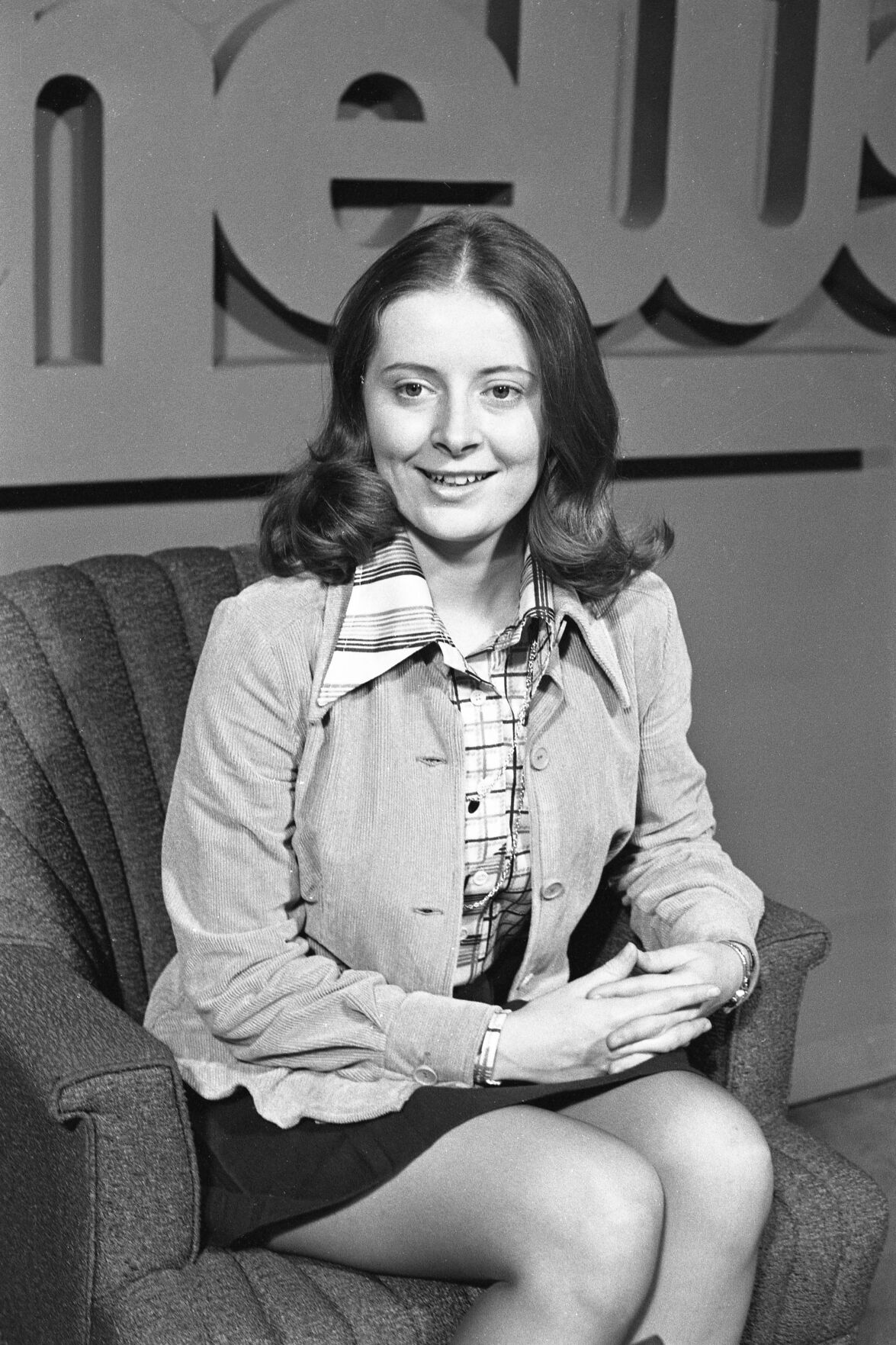 Sharon Behl Brooks is pictured at the KHAS-TV studio October 1974. 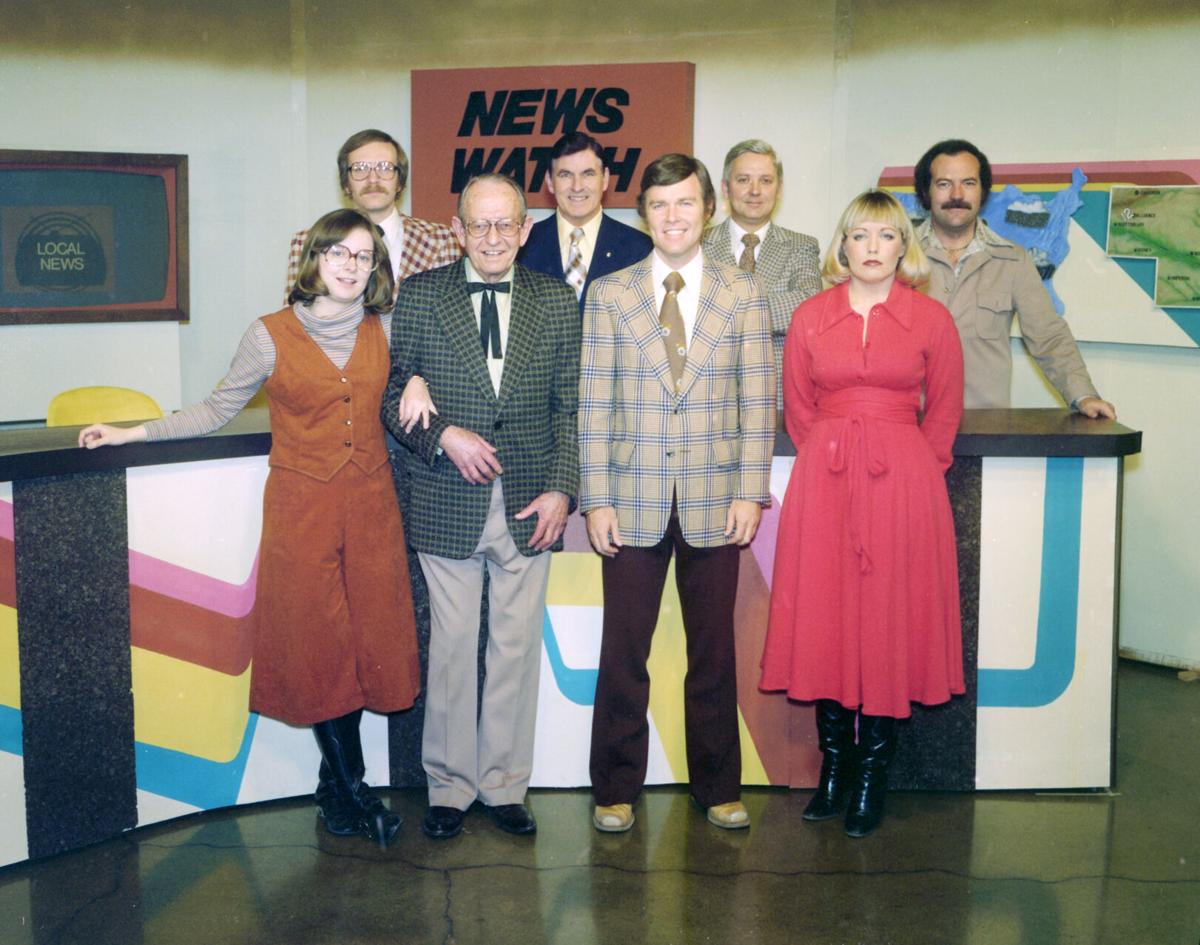 Sharon Behl Brooks (left) is pictured at the KHAS studio with other broadcasters in March 1977. 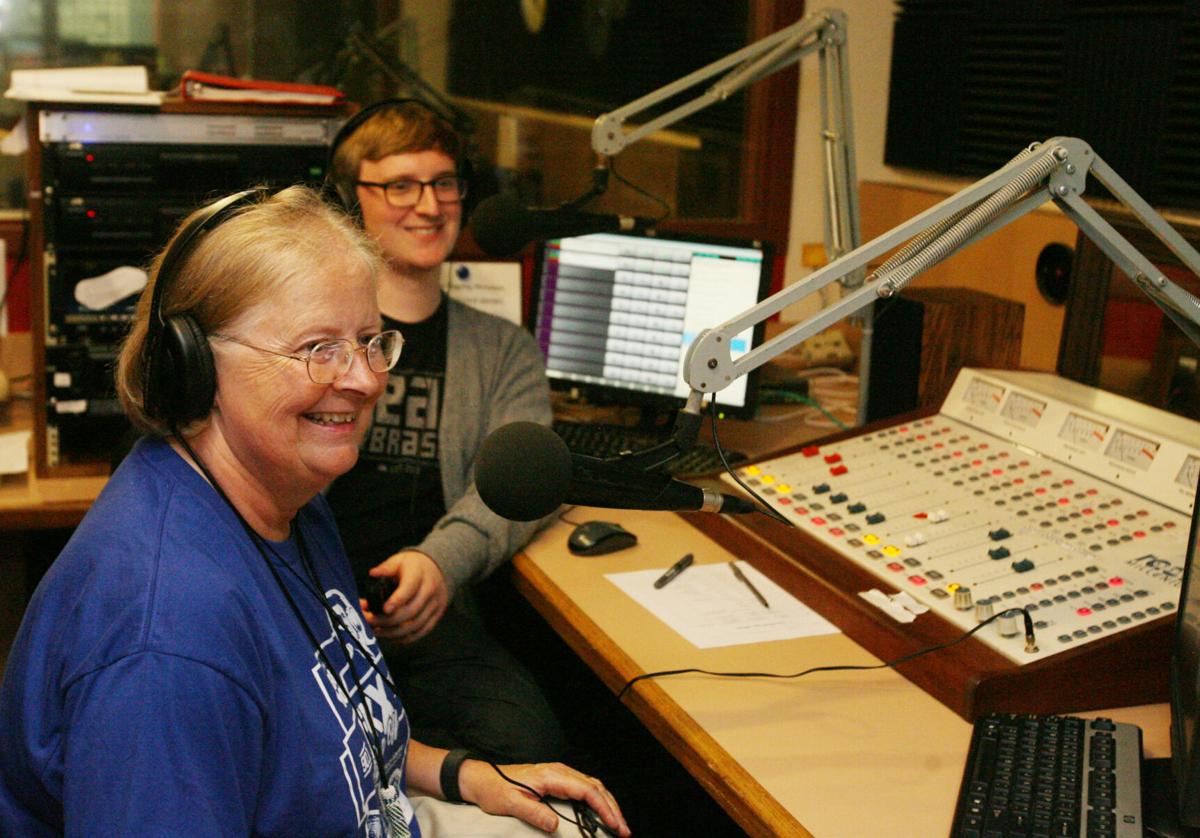 Sharon Behl Brooks, associate professor of journalism/media arts and English, smiles while broadcasting with Hastings College senior Sam Bennett in the KFKX studio at the Gray Center for Communication Arts June 25, 2016 during the send-off for the radio station. 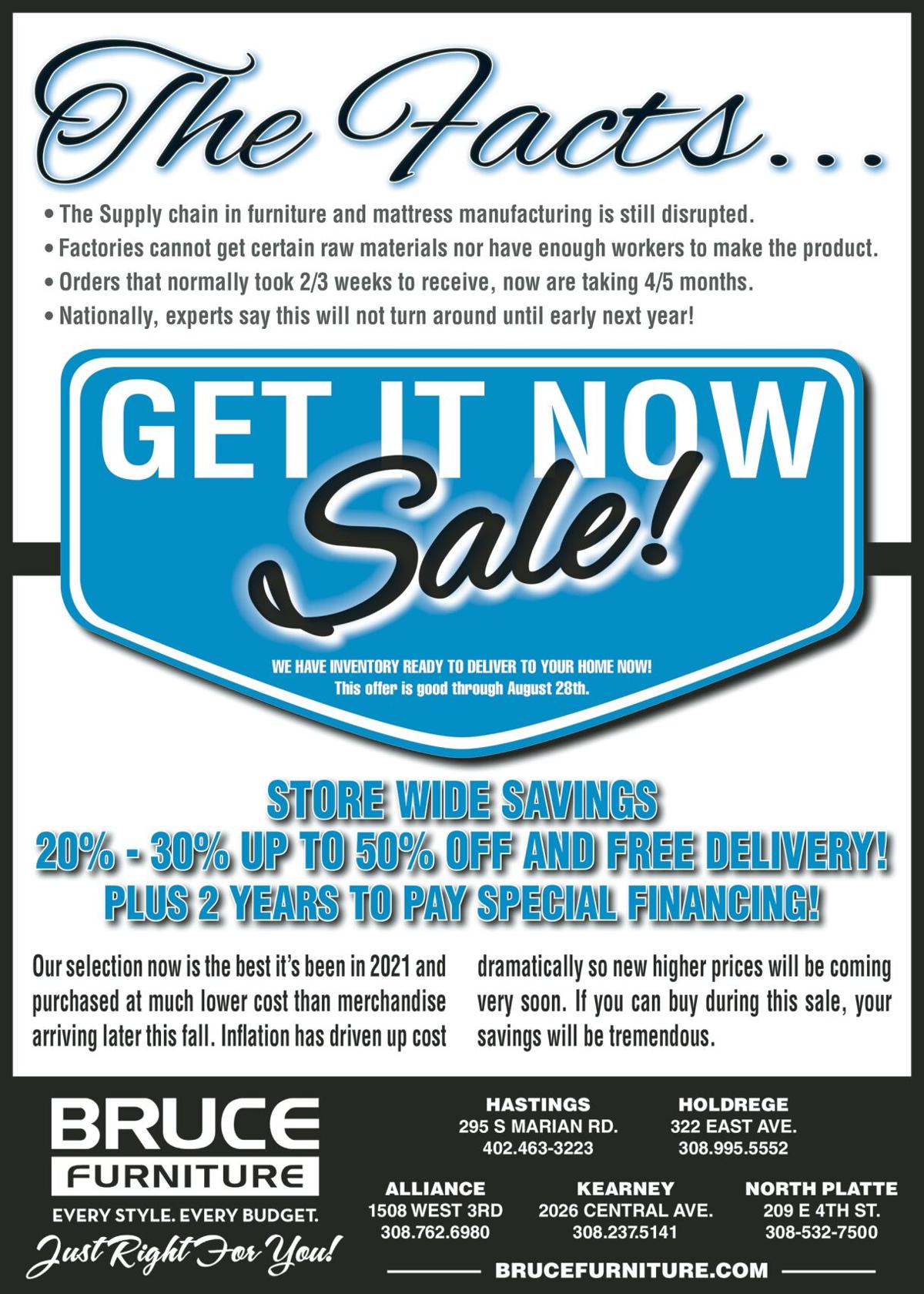 Sharon Behl Brooks is pictured at the KHAS-TV studio October 1974.

Sharon Behl Brooks (left) is pictured at the KHAS studio with other broadcasters in March 1977.

Sharon Behl Brooks, associate professor of journalism/media arts and English, smiles while broadcasting with Hastings College senior Sam Bennett in the KFKX studio at the Gray Center for Communication Arts June 25, 2016 during the send-off for the radio station.

Sharon Behl Brooks represented local journalism and Hastings-area education when she was inducted into the Nebraska Broadcasters Association Hall of Fame Aug. 10.

Brooks began as a part-time news and weather reporter at KHAS-TV in Hastings in 1973 while attending Hastings College, before being hired full time in 1974.

“Which was quite an on-air experience, I’m sure, for the viewers as well as for me,” she said of serving as weather reporter. “It gave me an opportunity to get a lot better in my presentation skills. My real love was getting out and talking to people about what mattered to them.”

She was promoted in 1976 to news director, becoming the first woman in the state of Nebraska to hold that position at a TV station. She came to Hastings College to teach in 1979 — and stayed for nearly four decades, retiring in 2016.

“I certainly think what people know about their own community, whether it is the size of Hastings or the region of south central Nebraska, outstate Nebraska or the state, what happens every day in our lives is affected by what happens in our community and the decisions we make, whether we are elected or appointed officials, or folks who pitch in on the nonprofit side of things,” she said. “That is what people don’t know as much about as they do, maybe, with what’s happening across the country or around the world, sometimes.”

She cited the quote on the Nebraska State Capitol in Lincoln from Nebraska native and American philosopher Hartley Burr Alexander: “The salvation of the state is watchfulness of the citizen.”

“I think members of the journalism community are a really important part of that watchfulness and giving citizens a voice in what they do in their communities,” she said.

Becoming news director came out of that thirst for informing the public.

“They probably thought, ‘We ought to stay the course, because we have a pretty good team going,’ ” Brooks said of applying for the job.

After a few years as news director, she applied for a scholarship, for which only 20 early-career individuals were chosen. Many of the participants were journalists.

She wanted to learn to market local news better. She learned about that in Great Britain and then finished a master’s degree at the University of Nebraska-Lincoln.

Hastings College asked her to develop a program that was breaking out from an English/journalism teaching major to a journalism major that might be able to stand on its own or combine with speech communication.

Hastings native and Republican activist Bob Gray funded the construction of the Gray Center, which became home to the program. It included state-of-the-art audio/visual suites.

“Which was great because we were using hand-me-down cameras from somewhere else and we really didn’t have a darkroom of our own,” Brooks said.

She worked with an advisory committee to help shape facilities within the Gray Center. Among members of the committee was Walter Cronkite, who in a letter encouraged Brooks and the HC team to keep a window between the broadcast and production areas.

What Brooks now calls “Cronkite windows” weren’t popular in the early 1980s when the Gray Center was constructed, but she said they have been useful over the years.

Brooks met her husband, John, while she was at KHAS-TV. He was working for radio station KOWH in Omaha. He was assigned the job of marshaling media who had come to Dana to meet the queen of Denmark, an assignment Brooks covered for KHAS-TV.

Later, John came to work at KICS Radio in Hastings.

He proposed at Westminster Abbey in London.

John left KICS to go to KOLN/KGIN-TV and worked for them on special reports in outstate Nebraska out of the Grand Island office until the late 1980s when he began teaching at Central Community College-Hastings.

John and Sharon were competitors most of the time.

“Everyone I engaged with, wanting information or assistance or ‘Hey, you think we can do this?’ was just yeses from everyone,” he said. “It just kept building more and more positive momentum on.”

Peters worked on the video with a team of HC graduates including Alicia O’Donnell, who handled research and writing; Chase Wheeler of 281 Studios, who produced the video; and Angela Keen-Tabije, who provided the voiceover.

“Like most Hastings College graduates, I wasn’t really aware of this whole other side to her career,” he said. “Beyond the academic side, her professional side is just incredible.”

It was fun to tell her story to those who only knew Sharon Brooks the educator and the professor.

“There’s much more to her career than that,” Peters said.

“She would give you a little piece of it, do the lecture and then push you out there, ‘OK. Now go do it,’ ” Peters said. “That was Sharon, putting so much value on the academic piece and then really expecting you as the student to ‘no, go put that into action.’ ”

Brooks was honored to be inducted with the late Bill Milldyke, a Kearney native. Milldyke was best known for his career with ABC News.

His daughter, Michelle, was one of Brooks’ students at Hastings College.

“It was a real treat for me to see Michelle and her family and talk about his legacy as well,” Brooks said.