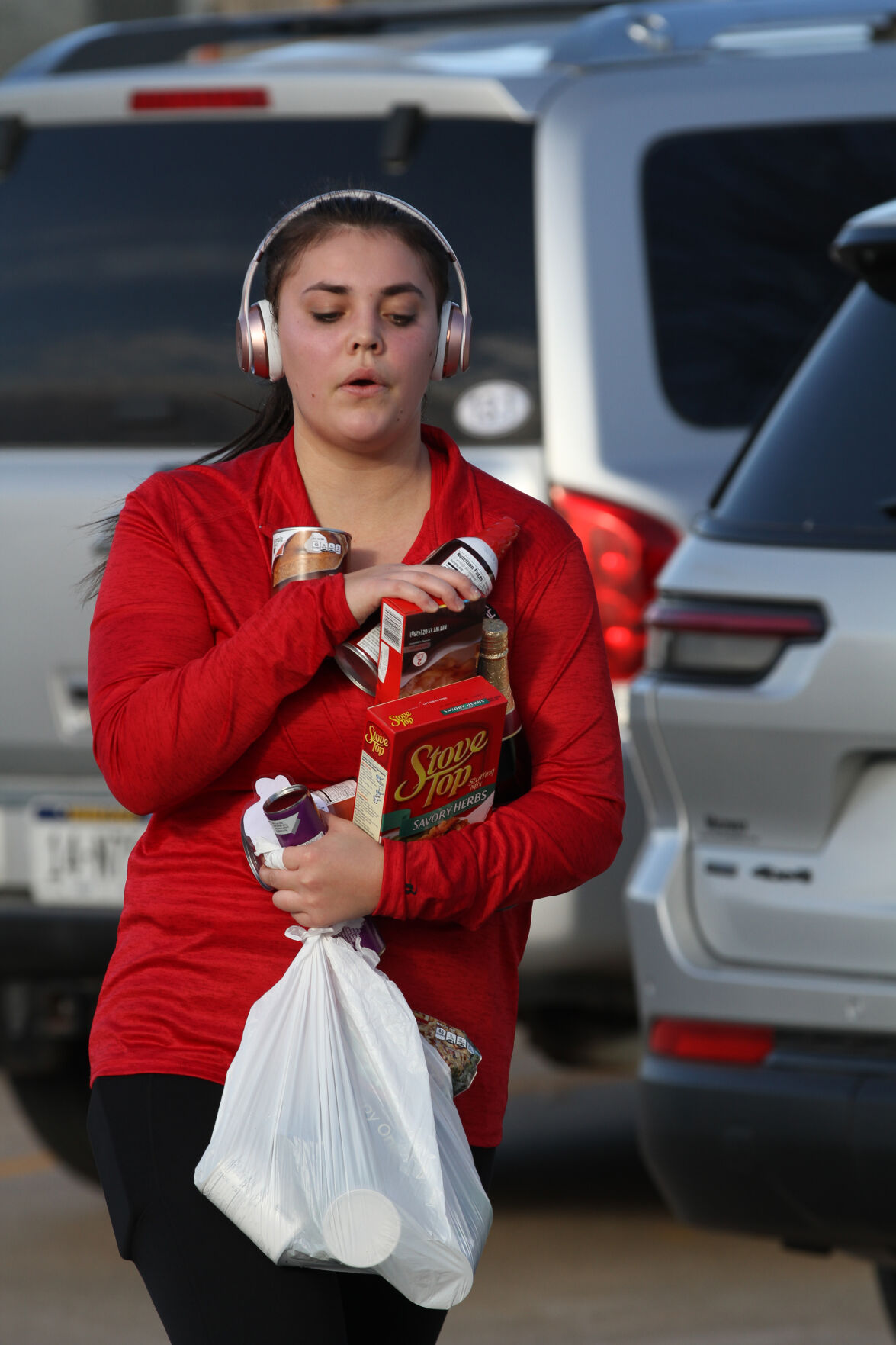 Tara Rethman heads to the finish line with her hands full of Thanksgiving dinner during YMCA’s Turkey Trot Saturday. 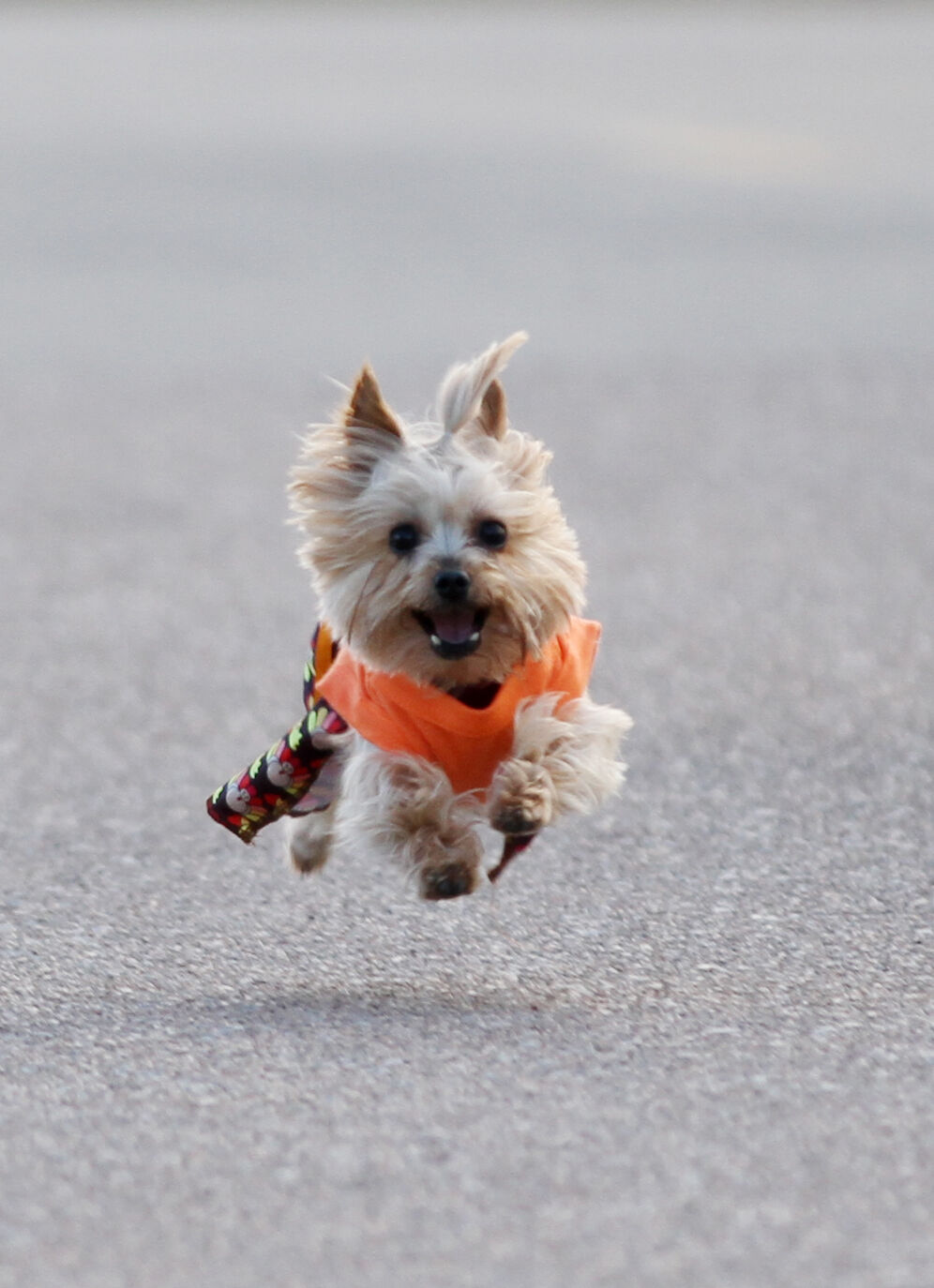 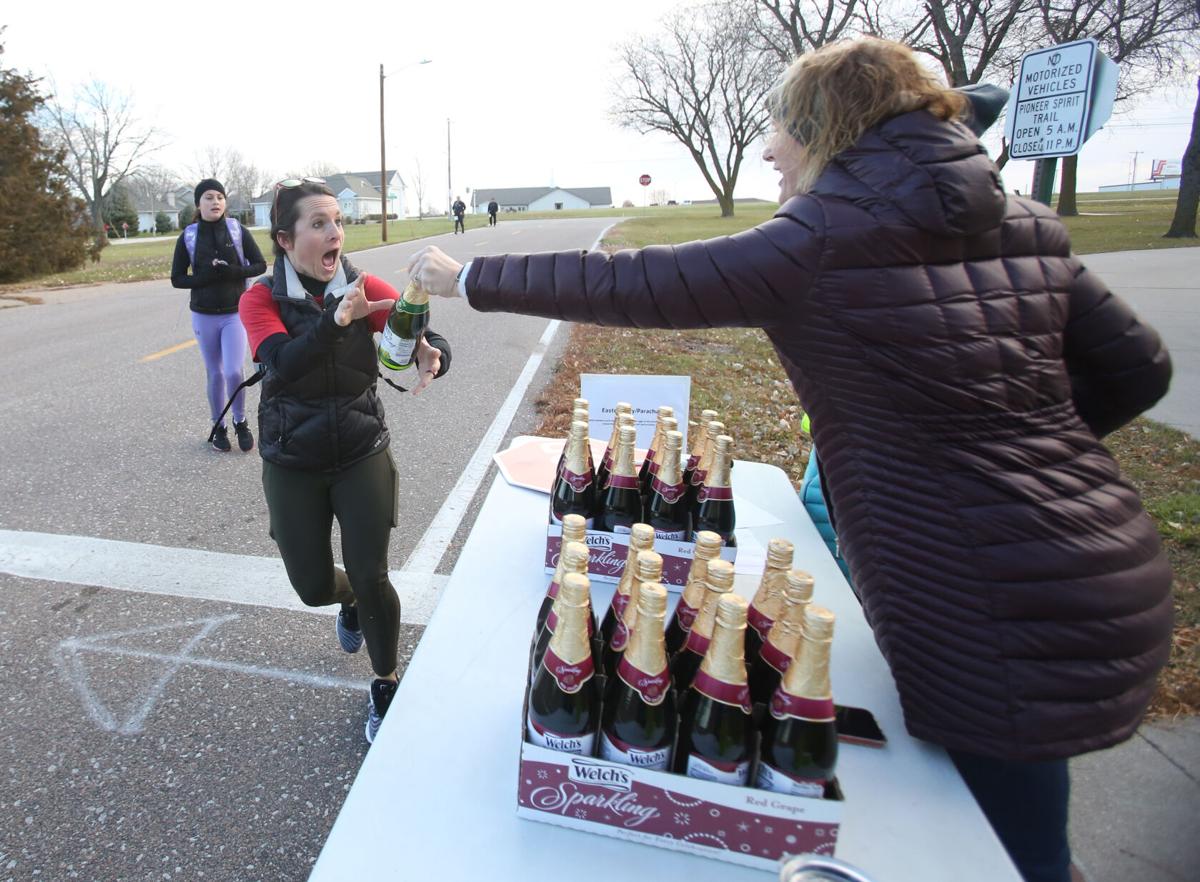 Jill Lavene hands off sparkling juice to Ariel Broekemeier during the YMCA Turkey Trot Saturday. Broekemeier was racing with her daughter, Aubree (in back). 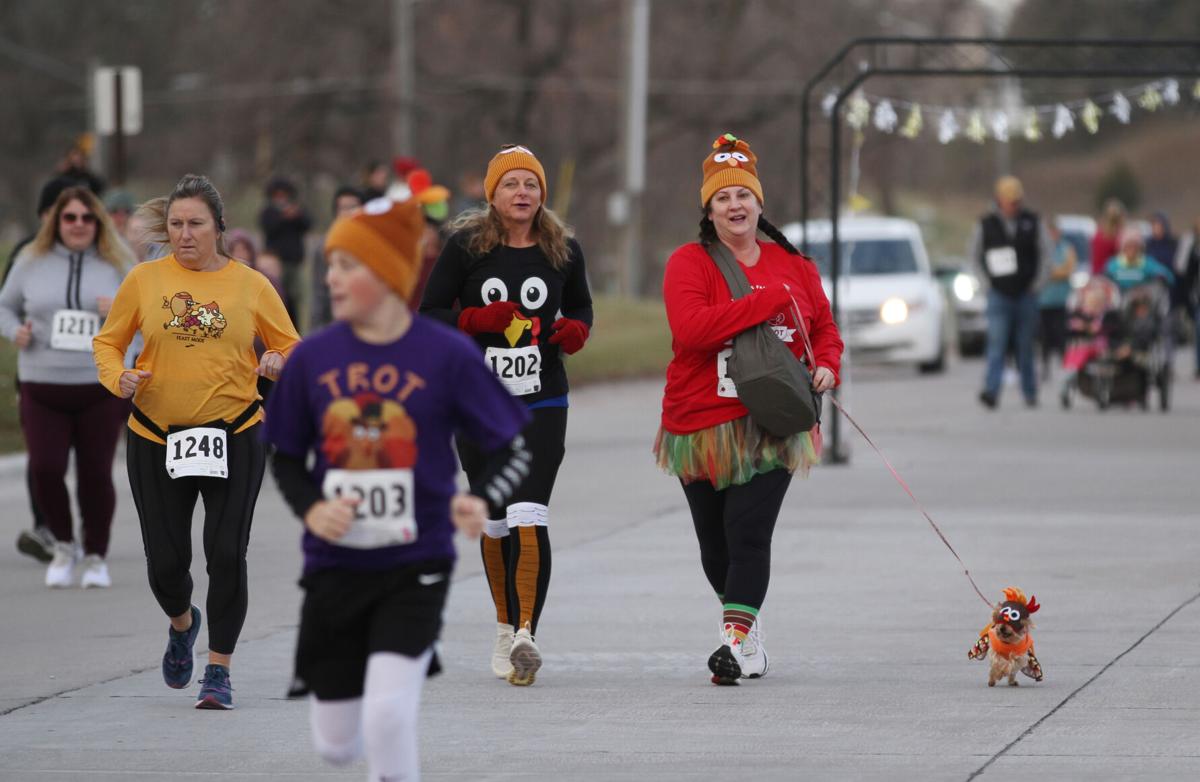 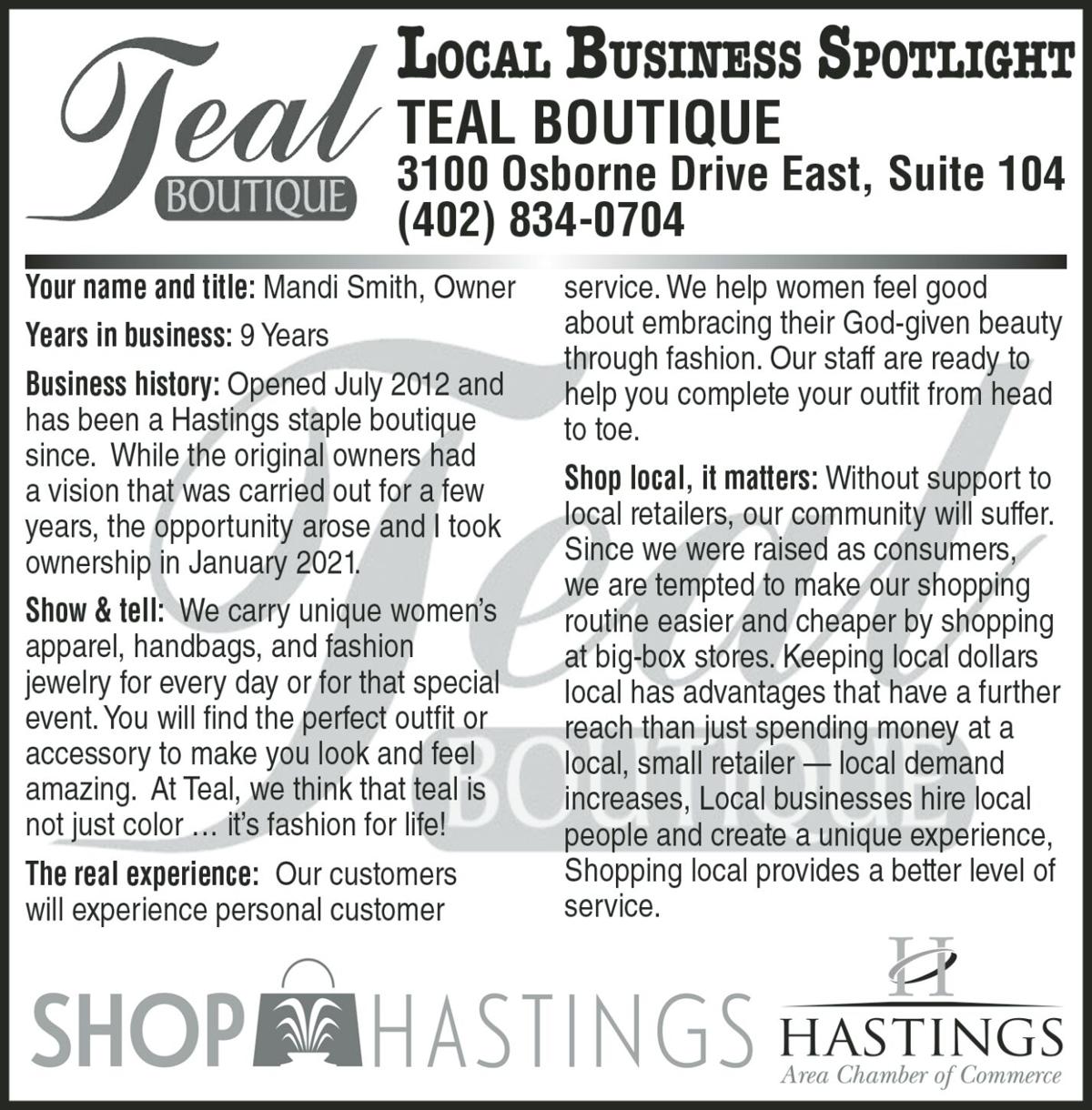 Tara Rethman heads to the finish line with her hands full of Thanksgiving dinner during YMCA’s Turkey Trot Saturday.

Jill Lavene hands off sparkling juice to Ariel Broekemeier during the YMCA Turkey Trot Saturday. Broekemeier was racing with her daughter, Aubree (in back).

Conditions during the Hastings Family YMCA’s annual Turkey Trot on Saturday morning were quite a bit different than longtime participants were used to experiencing.

“I can remember once coming around Lake Hastings, turning that north leg and running into that wind,” runner Steve Wolford said. “You just almost couldn’t run, it was so windy. It had to be 40 mile-per-hour wind that day, and it was cold with the wind.”

By contrast, temperatures of around 40 degrees Saturday morning were a welcome change.

The usual conditions can be brutal.

“In the past it’s been so cold that our pens have frozen at the race line trying to write bib numbers,” event coordinator Erika Wibbels said. “We’ve learned to go to pencil, but this year we didn’t have to worry about it. It was gorgeous, really no wind and mild temperatures for the end of November.”

Atwater said sometimes the objective is just to finish.

“You just got to say ‘I’m here to run the race. I’m just going to do the best I can. I’m going to grit my teeth, bite the bullet and do it,’ ” he said. “There’s been days it’s been really brutal, the wind especially.”

Wolford and Atwater were among 90 runners to participate in the 5k. They each placed first in their age division — Wolford in the 60-69 category and Atwater in the 50-59 group.

In addition to the runners, there were 27 teams of friends, co-workers and families who participated in the Turkey Trot Team Edition.

“We’re lucky to have the Y to put this on because it is a great event for Hastings,” Wolford said. “They had a great turnout today, too.”

Beginning with a turkey at the starting line, team members walked through the course collecting portions of a Thanksgiving meal along the route. Side dishes included potatoes and gravy, rolls, stuffing, green bean casserole, sparkling grape juice and pumpkin pie.

Wibbels said the Team Edition has become a big part of the event.

“That seems to keep going up and growing popular,” she said of family edition participation. “Friends get together and collect the food and have a friendsgiving, or with co-workers.”

Mr. Sparkles Cleaning Services was the presenting sponsor for the event.

Company owners Wayne Perez and Gus Magallanes were part of a group of friends who ran the event individually.

“I really like seeing people from the community, all different people, just joining in in the race with their families or doing it individually,” Perez said.

He said volunteers give back to the community by helping with the event.

“The sense of pride when you finish, being able to sponsor and participate in it with my friends and see other families having a good time — it’s just a great feeling,” he said.

“We have those competitive runners, you can tell they’re here to run and to compete, and then we have those more casual — just people who like to get some exercise and have fun with it with the shirts and the hats that match their team,” Wibbels said. “It’s fun to see that we could provide an event that fits a wide gamut of interests.”

One stroller held a 20-month old boy, a 16-pound turkey, two cans of green beans and a can of cream of mushroom soup while the other stroller …