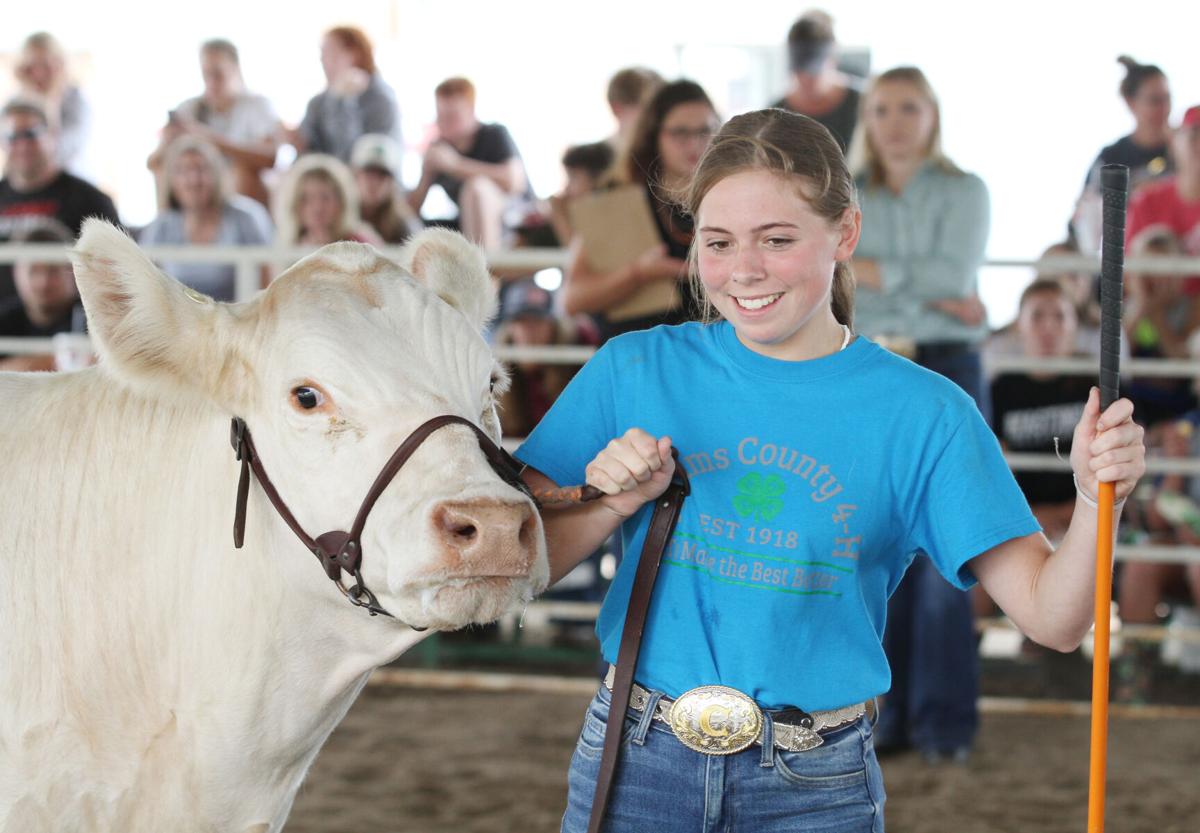 Jenna Cecrle shows cattle during the Round Robin competition Sunday at the Adams County Fair. 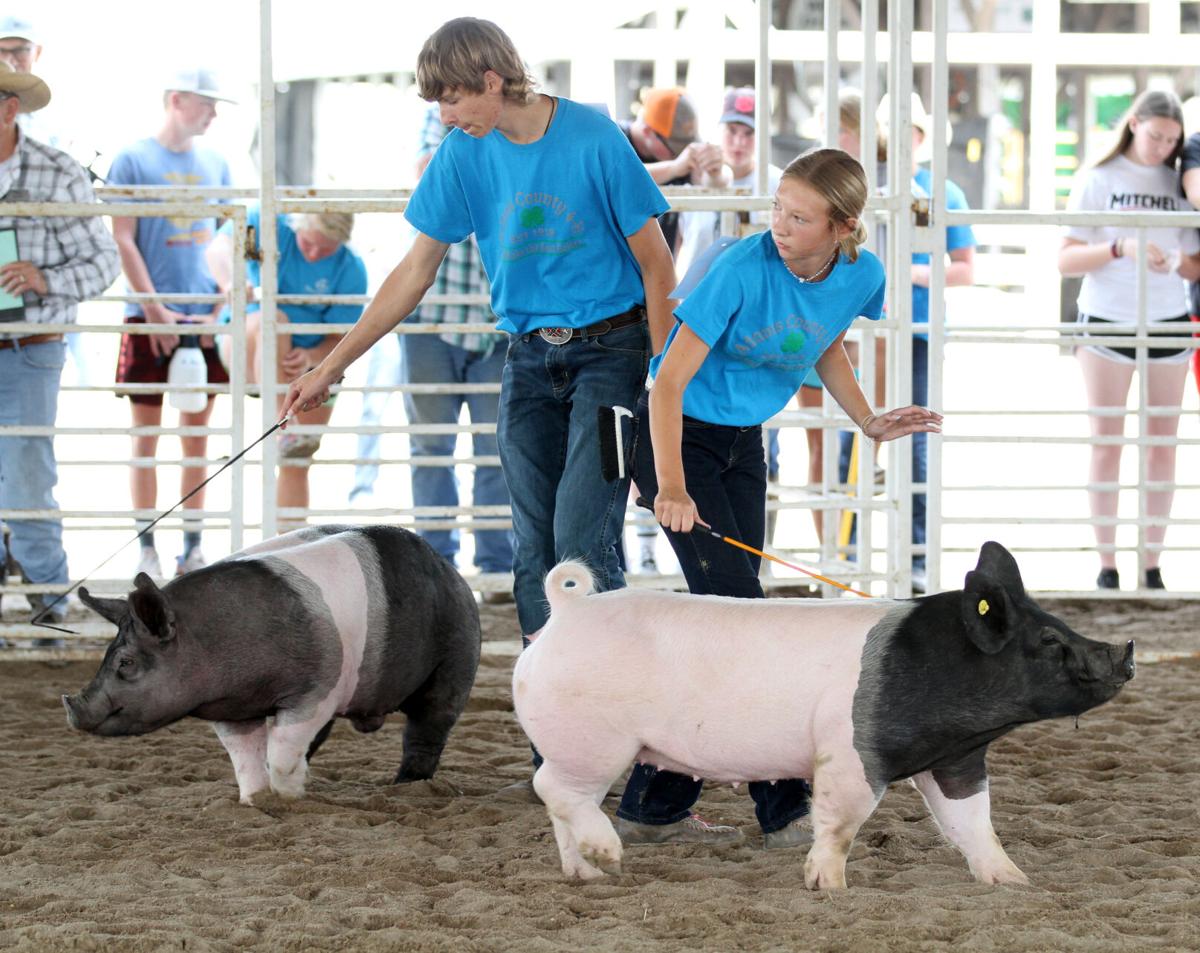 Wade Ewoldt and Isabella Kvols show swine during the Round Robin competition Sunday at the Adams County Fair.

Jenna Cecrle shows cattle during the Round Robin competition Sunday at the Adams County Fair.

Wade Ewoldt and Isabella Kvols show swine during the Round Robin competition Sunday at the Adams County Fair.

Mikeayla Samuelson was quite surprised to learn she’d won the Round Robin contest Sunday afternoon during Adams County Fairfest.

“It’s really crazy,” she said. “I definitely didn’t expect that; I’m one of the younger ones in the group. So I was really shocked to get it.”

Round Robin is a competition pitting the grand and reserve senior showmanship winners from five livestock shows: horse, beef, swine, sheep and goats.

Sometimes the participants have experience showing other animals — sometimes they don’t.

The 16-year-old Samuelson, of rural Hastings, was senior showmanship grand champion in both the swine and beef contests.

She drew beef out of a bucket, which is what she represented on Sunday. That allowed Ellie Mangers to qualify for swine.

“When you do multiple species, that’s when you know more,” Samuelson said. “Also, with all your friends, you get together the night before and all work on it. It’s really nice because it’s a bonding experience. You’re all working together, not against each other.”

She said showing animals she is not well versed in is an interesting experience.

“You’ve just got to be confident,” she said. “When you’re in showmanship, the main thing is you’ve just got to act like you know what you’re doing. Be confident. Be happy. Be ready because you’re going to display that animal the best you can, and if it doesn’t cooperate you work your butt off to get to where it is.”

This year’s Round Robin contest was a tight one. Only one point separated first and second place, plus Tara Allen and Grace Eckhardt tied for second place.

“That tells you how tough the competition actually was this year,” said Allen, 19, of Juniata, who qualified for the contest as reserve champion in senior horse showmanship.

She showed beef this year and showed sheep when she was younger, but she hasn’t shown swine or goats.

“Getting to do some other species I don’t normally do is a lot of fun,” she said.

Showmanship is different for each animal, but Allen said there are common skills that go with showing every species.

In announcing the winners, Julie Ochsner, Adams County 4-H and youth development assistant, said she witnessed a lot of hugs and high fives among the 10 Round Robin competitors.

“This is a group that’s gotten along pretty good, all trying to help each other to do the best they can for every species because someone has knowledge in every one,” Allen said.

Eckhardt, 19, of Hastings said tying for second place among such an esteemed group was quite an accomplishment. She was also pleased to do that because this was her last year in 4-H.

“I think the Round Robin is a good thing to get into because it shows who the elite showmen in the county are and it’s an honor to be involved in that,” she said.

She was grand champion in senior sheep showmanship.

She used to show cattle and goats. She’s never shown swine but she did practice.