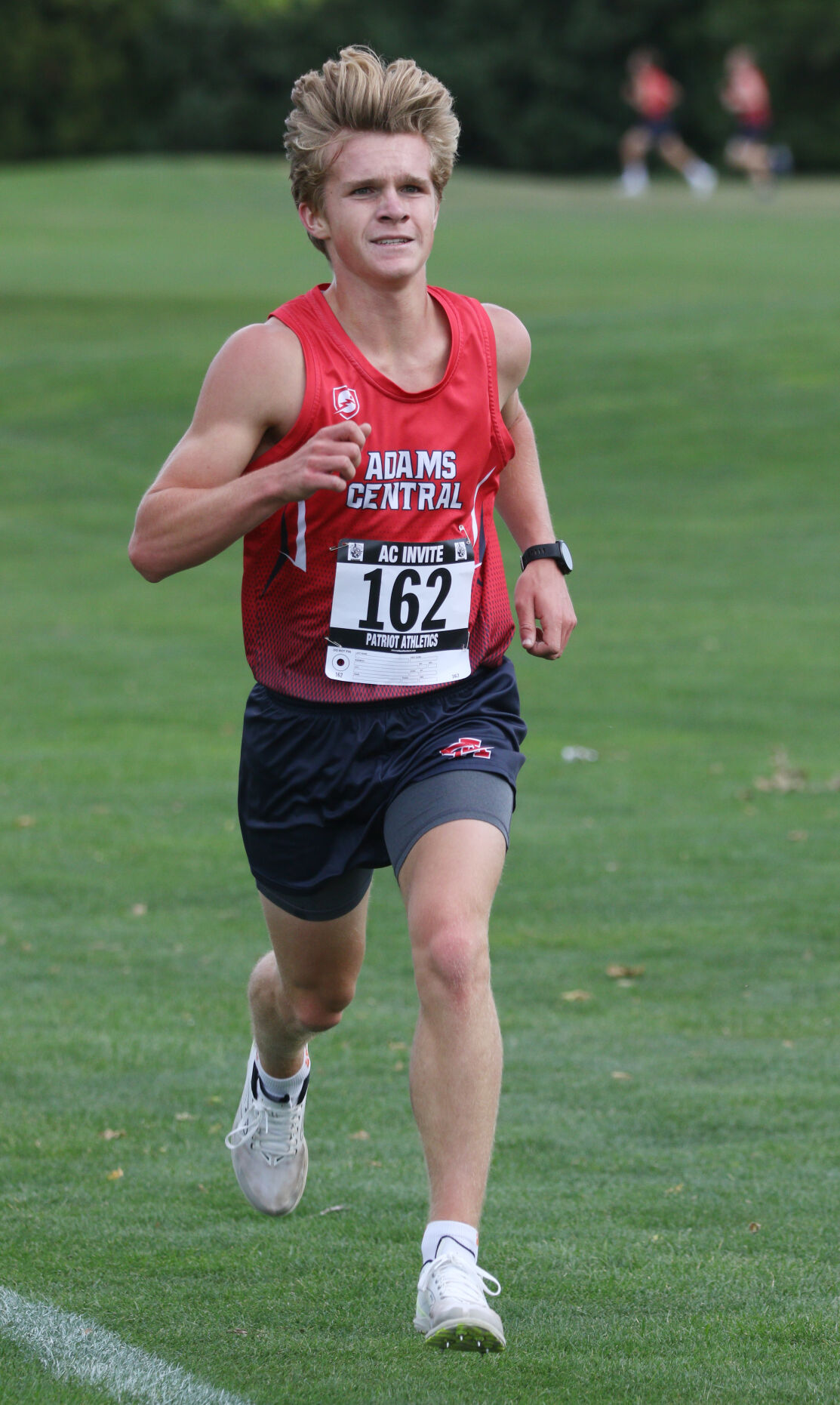 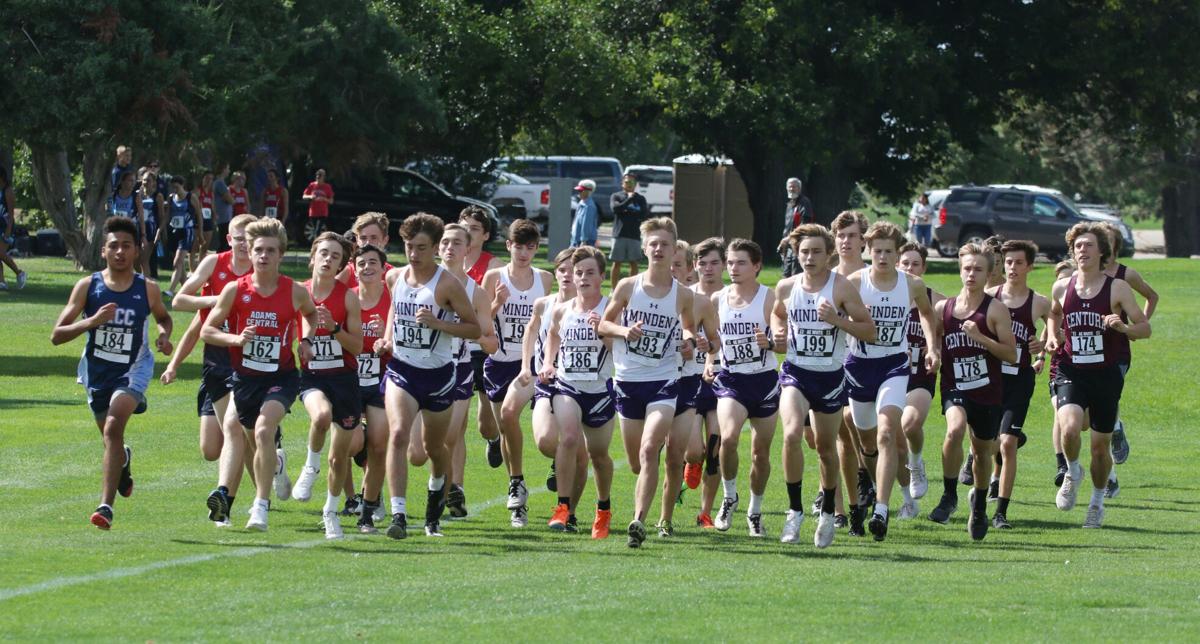 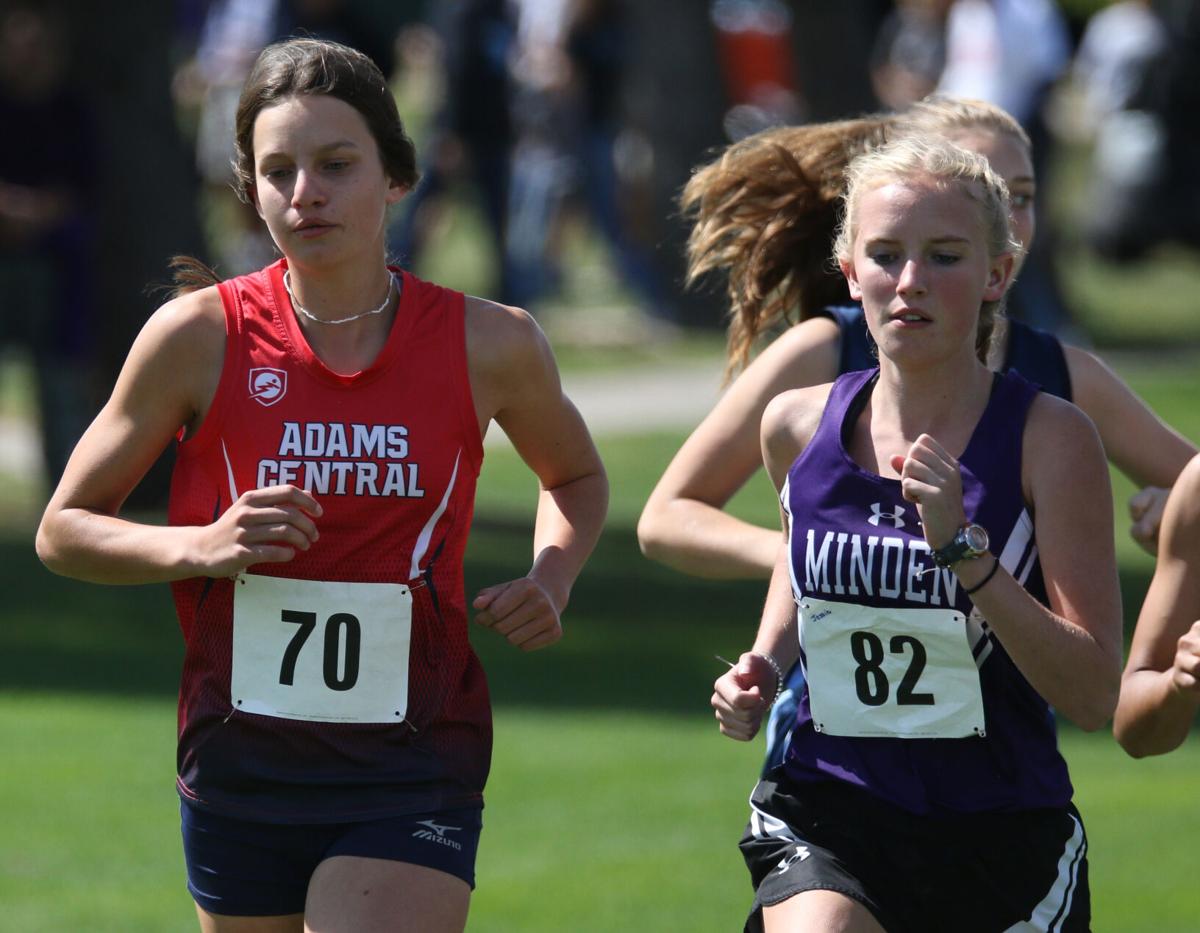 With all eyes on next week’s cross country invite at the University of Nebraska at Kearney, which is often by far the largest pre-state meet event, Tuesday’s Adams Central invite was all about the little things.

It was about a coach’s smile as they took a picture of their team post-race. It was about enjoying beautiful, runner-friendly weather. And it was about taking chances in a four-team meet on a flat, speedy course.

“It was a feel-good meet,” said Adams Central head coach Toni Fowler. “It gives them a lot of confidence going into next week.”

The Patriots hosted Centura, Grand Island Central Catholic, and Minden at Elks Golf Course for the first time in five years. Fowler said the goal was to grow the field to eight or nine teams, but the four in attendance provided a competitive race.

Although, AC’s Luke Bonifas made it appear quite the opposite when he won the boys race by nearly a minute.

Bonifas clinched his fifth victory in as many races this fall, running a 16:23.

Bonifas will get a shot for his sixth victory next Monday in Kearney.

“It’s an exciting time because this meet I knew it’d be fast and I’d have a good chance to PR,” Bonifas said. “I was just going to go for a really strong PR because I knew next week probably wouldn’t be easy to do that.”

But Bonifas might have an easier time in the UNK field with Hartington Newcastle’s Carson Noecker racing up in Class A.

“I’m excited because I’ll have a chance to get in there and win hopefully,” Bonifas said of Kearney. “That’s my goal for next week.”

Behind Bonifas was GICC’s only male runner to place. Jarit Mejia, whom Bonifas said he passed shortly after the mile mark, finished in 17:15. He was followed by seven Minden runners, led by Cooper Land’s 17:27.

The Whippets have been battling sickness all fall, according to assistant coach Dawn Moyer. It has affected the boys team more than the girls.

“We ran probably about how expected,” Moyer said. “We’ve kind of been bouncing (around). We haven’t really had the same top six yet.”

“We have a lot of kids coming back to where we were pre-sickness,” Moyer said. “It’ll be another story when we run at UNK and have a little bit different level of competition.”

The Elks course vastly contrasts the hilly Kearney Country Club. But Minden’s Jessie Hurt, the champion in Tuesday’s girls race, said it was a good checkpoint in getting back to form. She was the only Whippet on the girls team to struggle with the illness that largely affected the boys team.

“She said today she felt about back to normal,” said Moyer, who added a four-meet, eight-day stretch was where Minden’s team ailment began. “I think she’s probably not in as good of condition as she needs to be in, but we’ve got some time yet.”

“It was smooth the whole way and I finished strong,” said Hurt, who ran a season-best and crossed the finish line in 20:13. “I liked the temperature... This was one of my better meets and I’m hoping to get better.”

The Whippets placed nine of the top 15 girls.

“She looked good, really good,” Fowler said of Lancaster. “It’s her first year running and she’s starting to learn how to take chances. At the beginning of the season she was just running conservative, and today she came through the mile at least 10 seconds faster, taking a chance and realizing those kinds of things pay off.

Although not all of the Patriots PR’d, Fowler said the majority did.

“When you have upperclassmen PR,” she said, “that’s big.”