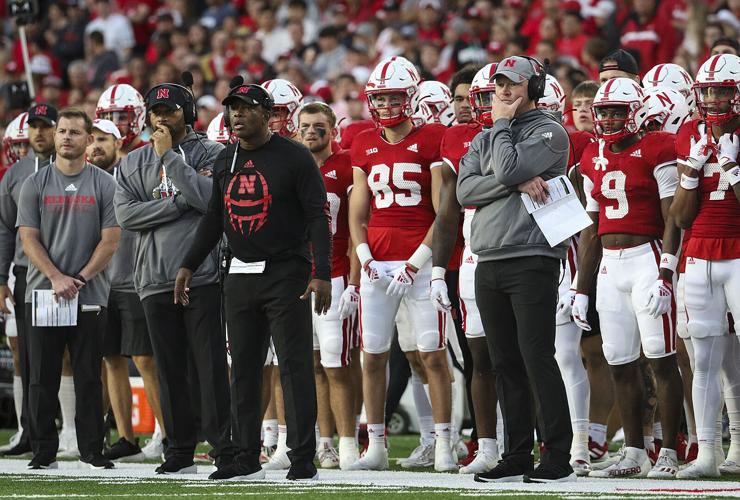 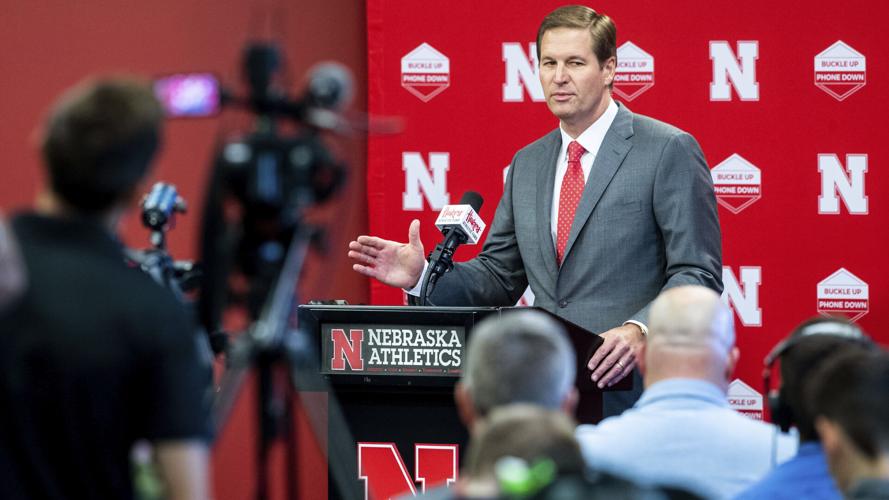 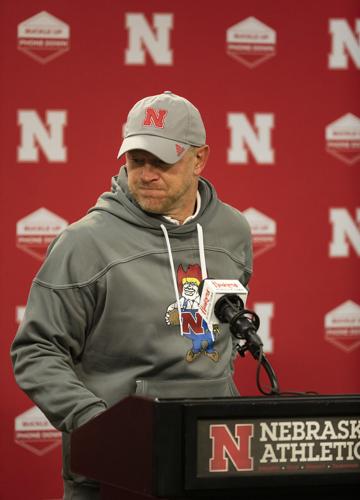 Frost closes his Nebraska career with a 16-31 record, including a 10–26 record against Big Ten Conference opponents. He also was winless against ranked opponents in 14 tries.

LINCOLN — Nebraska Athletic Director Trev Alberts said he will begin what is expected to be a “detail-oriented” process in finding the next Husker head football coach after Scott Frost was fired Sunday morning following an ugly 45-42 loss Saturday night to Georgia Southern in Lincoln.

Alberts told reporters during a news conference Sunday afternoon that he spent a sleepless night following the game, considering his next steps.

At the end of the day, Frost closes his Nebraska career with a 16-31 record, including a 10–26 record against Big Ten Conference opponents.

What’s more, Frost was winless against ranked opponents in 14 tries.

The writing was on the wall after the Nebraska defense gave up 642 yards and 45 points to a Georgia Southern team with a new quarterback and other transfer players under first-year coach Clay Helton.

Alberts said Sunday he had “concerns” about the start of the season that saw Nebraska lose to Northwestern in Dublin, Ireland, followed by a struggle in beating North Dakota.

“Tough day for a lot of us,” Alberts said. “Obviously, it’s been a tough day for Coach Frost and our coaching staff and our players.

“I think at the end of the day, there has to be accountability. When you run a professional organization that has high standards accountability has to matter. Scott and I talked about this very clearly, 16-31 obviously was not at a level that was acceptable to us.”

Mickey Joseph was appointed as the interim head coach for the remainder of the 2022 season.

Alberts said he met with Frost at 11 a.m. on Sunday after he made the decision to fire the former starting quarterback on Nebraska’s 1997 national championship team.

After that meeting, Alberts then met with Joseph at around 11:45 a.m. on Sunday, and Joseph then met with the team and “walked them through some of the changes that he envisioned,” Alberts said.

“I communicated to Mickey that Mickey is the head coach,” Alberts said.

“I won’t mettle in Mickey’s decision-making process. I encouraged Mickey to be the head coach and make decisions as the head coach. I think there will be some changes and he explained some of the changes with the team.”

Nebraska begins what Alberts said would be a “national search” for the next head coach. He was asked why the move came before Frost’s $15 million buyout was set to drop by half on Oct. 1.

Alberts said the university would not try to renegotiate the buyout.

“The University of Nebraska has a long history of living up to what we’ve agreed to,” he said. “And so, the contract is what the contract is and the university will comply as we always do.”

Firing Frost this early in the season, he said, will give Nebraska time to focus on finding the next coach.

Alberts said Nebraska will be seeking some “third-party” help in conducting a search “mostly for logistics” and other things.

“I would encourage our fans and everyone to recognize there will be a lot of rumors out there,” Alberts said. “There’s gonna be a lot of innuendo.”

However, Alberts said he will be reaching out to a lot of people in the process.

“I want you to know that these sorts of decisions and processes are not made in a silo,” he said.

“A lot of great mentors and friends that we’ll be working with and ultimately, you know in a prior life, I have relationships with a lot of coaches in this business and I intend to reach out to a lot of people. And so, if you hear that Trev Alberts reached out to XYZ coach, it doesn’t mean that I’ve offered the job to XYZ coach. I think there’s some fabulous coaches out there that have a perspective about our job that I could benefit from and so I’m going to reach out to a lot of people.”

Alberts did provide some insight as to what he’s looking for in the next leader of the Nebraska program.

“I just love to see this team continue to grow, compete, make progress,” he said, “have a team that represents the values of Nebraskans be tough on the line of scrimmage, do the fundamental things that teams need to do to win games. And I think we can get there. We will stop talking about championships or stop talking about things we used to do. We’ll just get really process oriented, detail oriented. And ultimately, when you start doing those fundamental championship habits type things those types of wins and things follow.”

Alberts was quick to point out that he’s not saying Frost didn’t have what Nebraska was looking for in a head coach.

“And I gotta be really careful when I say those things because I certainly don’t mean to infer and imply that our previous coach didn’t have those things,” Alberts said.

“And I want to be very clear about that. That’s not fair to Scott. What I’m saying is, is that’s what I have found no matter if it’s a football coach, basketball coach or a volleyball coach. There’s some very core and key fundamental characteristics that helped to define each of them and those are the types of things that I believe in.”

Alberts said because of the lack of success at Nebraska during the past four years it’s easy to forget how sought-after Frost was as a coach following his successes at Central Florida.

“I thought it would work,” Albert said about giving Frost a chance to revamp his staff and make changes in the program during the off-season.

“We all have short memories, but Scott Frost was among the absolute leaders in that cycle of coaching and Scott’s a good football coach. Scott’s going to go on and be a successful coach.”

Following the loss to Georgia Southern Frost reiterated how much he appreciated the fans.

“It’s fun being here and I’m blessed to be the coach here,” he said. “I love this state and this program. I’m fighting with everything I have, and so is the rest of the coaching staff. I know there’s questions and negativity out there, but the people that I see at those things and the fans staying, it’s unbelievable. I appreciate the people who are with us.”

Nebraska’s next head coach will be the program’s sixth following Tom Osborne’s retirement in 1997.

Longtime assistant coach Frank Solich was hired to lead the program, putting up a 58-19 record from 1998 to 2003 including an appearance in the Bowl Championship Series national title game in 2002 against Miami in the Rose Bowl.

Bo Pelini, who served as defensive coordinator under Solich in 2003, was hired as head coach by then-interim athletic director Tom Osborne in 2008.

"I think at the end of the day, there has to be accountability. When you run a professional organization that has high standards accountability has to matter. Scott and I talked about this very clearly, 16-31 obviously was not at a level that was acceptable to us." — Trev Alberts

A breakup that worked for both sides

A year ago, on this same second Saturday night of the college football season, I sat down to write a column demanding that a very nice man los…