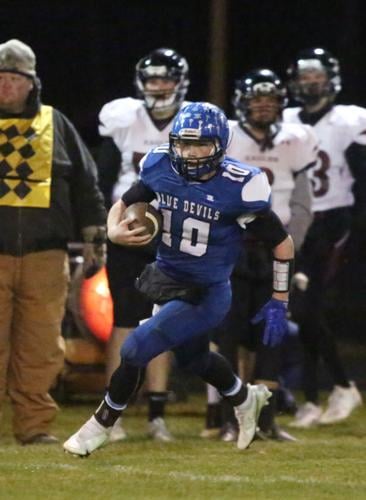 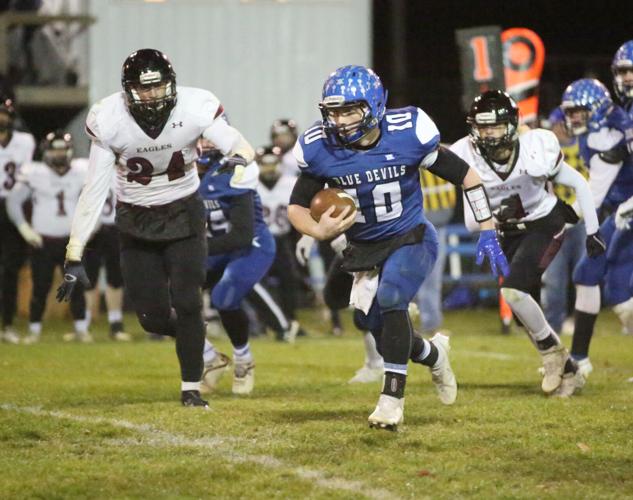 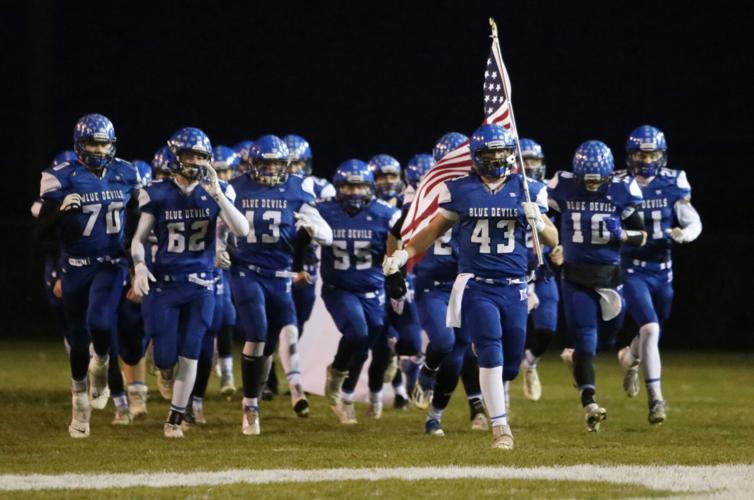 You could argue whose road was tougher to Lincoln, whose playmakers make better plays, whose coach is more experienced and in what capacity, or which team has weathered more storms.

The bottom line is: It doesn’t matter.

Throw everything out the window. Silence all the outside noise.

The Class D-2 state football championship is a battle of two undefeated teams.

One program will soon have its spotless record blemished.

In both coaches’ terms, it’s a two-headed monster versus one with three.

“They’ve been an issue all season long,” said Kenesaw head coach Craig Schnitzler. “Their backfield is really talented and they’ve got speed back there. Between their quarterback, their fullback and the I-back, any one of them can go the distance on you and any one of them can run you over.”

Said S/T coach Josh Deines: “I think it starts with (Denkert) obviously. A back-to-back 2,000 yard rusher and (he) just really sets the tone for that offense.”

“It’s which defense can get a couple of crucial stops,” Deines said. “If we can hold Denkert to a few less explosive plays than he is used to, I think that gives us an edge.”

Schnitzler said Kenesaw’s tackling will have to be technically sound in order to drop the 6-foot-3 Pokorny.

“You’re just not going to tackle them above the waist,” he said. “We’ve got to make sure our pad level is where it needs to be to get these guys down.”

Sandhills/Thedford averages 292 yards on the ground with its pair of rushers — Hickman (1,209) and Pokorny (1,203) — who are separated by just six yards on the season and have accounted for 51 combined rushing touchdowns.

Kenesaw, led by Denkert who carries over 20 times per game, yields 334 yards on the ground.

There aren’t expected to be any surprises from what the two teams put on the field and call from the playbook.

“You’re not going away from what got you the state championship,” Schnitzler said.

The 1981 Battle Creek team Schnitzler starred on, which also relied on the power run game, sure didn’t on its way to the Class C-1 title that season.

The Knights lost the D-2 title game to Bruning-Davenport/Shickley in 2020 after holding a lead for a majority of it.

In the end, Deines said, experience in the moment was the difference.

“They were a good veteran team, didn’t panic at all and that’s a credit to their kids and their coaching staff,” said Deines, who in 10 years has brought five Knights teams to the quarterfinals or better.

“I’m kind of hoping this year with bringing back five starters on both sides of the ball from that game that we can not panic, stay the course and, hopefully, get it done in the end.”

Kenesaw’s season clock nearly expired in the second round against Falls City Sacred Heart, trailing by as many as 22 late.

But the resilience, the confidence and the calmness has paced the Blue Devils this far.

“We’ve just got to make sure the performance matches it,” Schnitzler said.

Kenesaw opened its week of title game preparation with a Wednesday practice on Hastings College’s turf surface to get a feel for what they’ll deal with at Memorial Stadium in Lincoln.

The Blue Devils will rest Saturday before their regular walk-through session on Sunday.

On Monday, it’s finding a sound mental space on the bus ride east to bring a first championship home to Kenesaw.

The same goes for the Knights on their ride from Dunning.

Schnitzler expects some butterflies when he steps onto Tom Osborne Field, like the ones he has felt every other playoff game this season.

Deines, who coached Schnitzler’s youngest son in the Sertoma All-Star game years ago, said he’s glad to see the coach across the sideline finally coaching for a state championship.

“I’m happy he finally got to the finals,” Deines said. “It’s a tough thing to do.”

On August 15, the Kenesaw football team received a bullseye on the back of its jerseys in the form of a No. 1 preseason ranking from the Omaha…