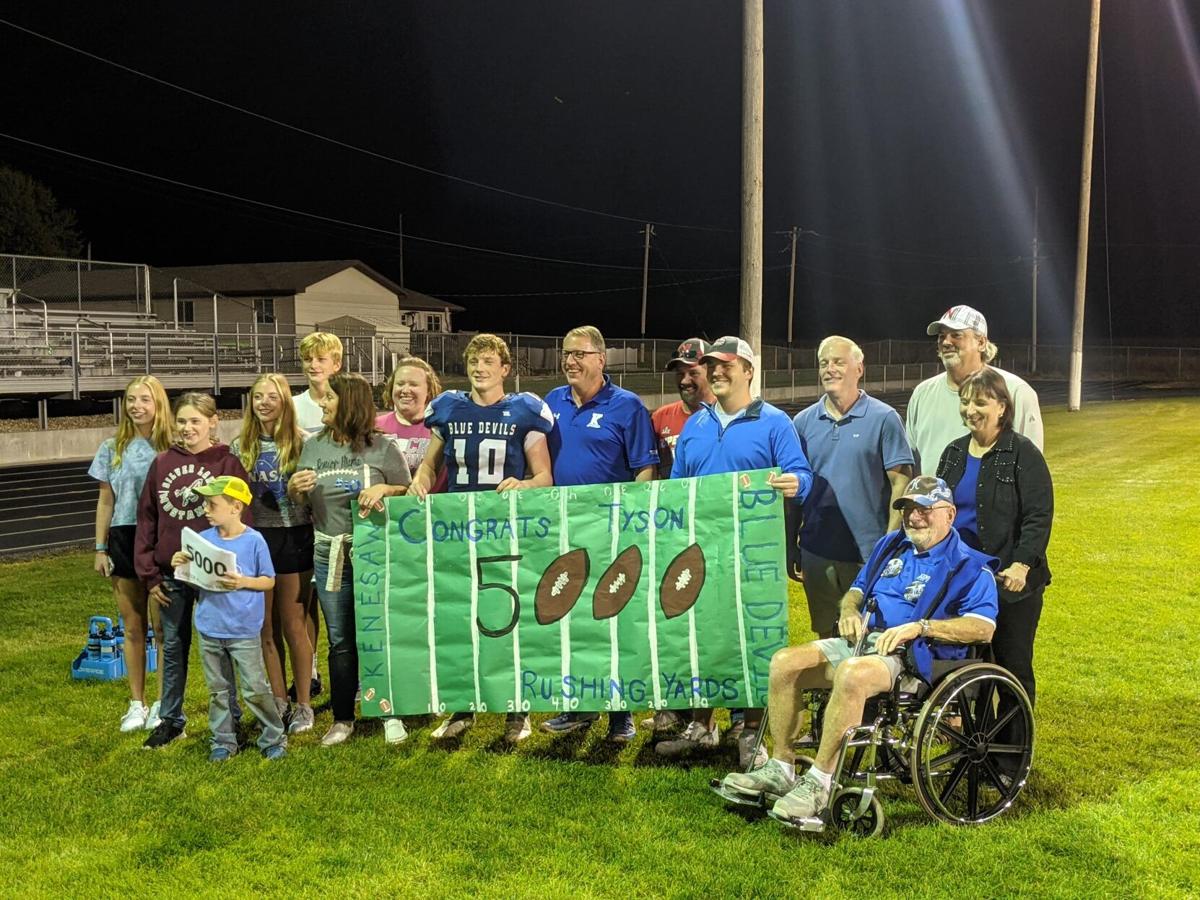 Kenesaw's Tyson Denkert poses for a photo with his family after reaching 5,000 career rushing yards during a victory over Blue Hill on Friday. 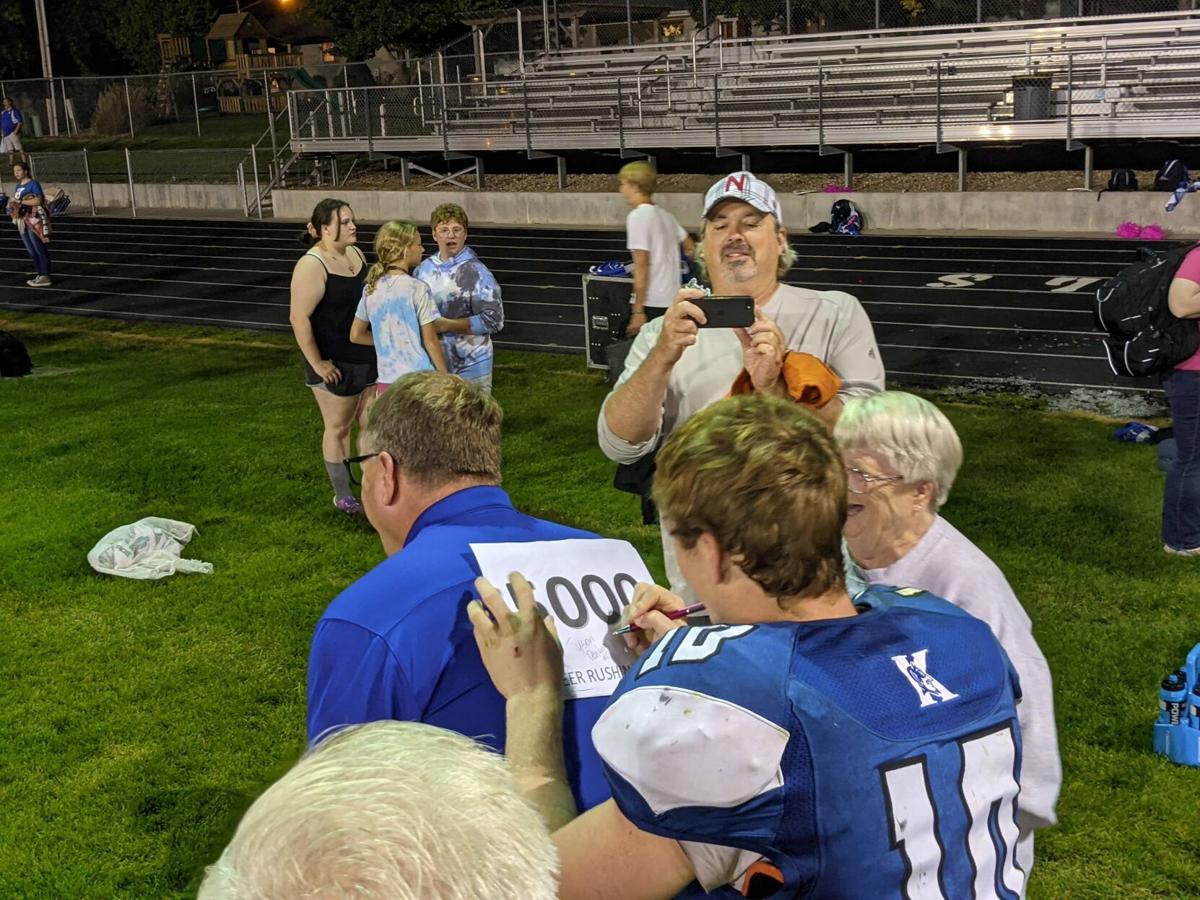 Kenesaw's Tyson Denkert autographs a sign with the number 5,000 after reaching 5,000 career rushing yards during a victory over Blue Hill on Friday. 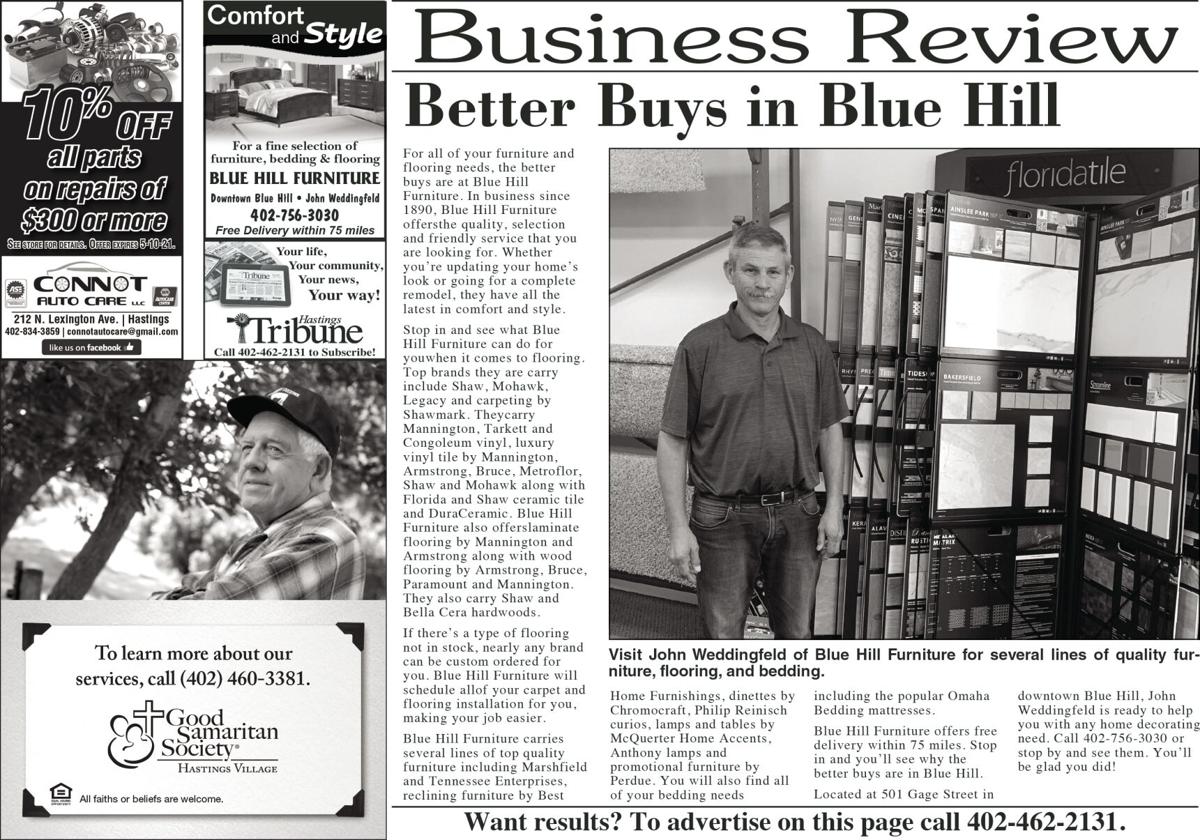 Kenesaw's Tyson Denkert poses for a photo with his family after reaching 5,000 career rushing yards during a victory over Blue Hill on Friday.

Kenesaw's Tyson Denkert autographs a sign with the number 5,000 after reaching 5,000 career rushing yards during a victory over Blue Hill on Friday.

KENESAW — It just so happened that Tyson Denkert reached 5,000 rushing yards for his high school career on what was his longest run Friday and the second of his five rushing touchdowns.

With 1:23 left in the first quarter, the Kenesaw senior quarterback pounded his way 64 yards across the field in route to a 58-7 victory over Blue Hill. The run, his ninth of the game, gave him 146 rushing yards at that point and he only needed 126 to reach 5,000 for his career.

“I didn’t really know where my yards were at,” he said. “I was just trying to help my team win. I kind of had a feeling I got it. To have it on that long of a run that’s very special.”

Denkert finished with 240 yards on 18 carries and did not play in the second half.

In addition to the 64-yard touchdown, he also had rushing touchdowns of 11 yards, 3 yards, 50 yards and 9 yards.

He also completed three of five passes attempted for 73 yards, including a 50-yard touchdown to Lane Kelley.

“It’s huge for Tyson (and) for our program to have that kind of athlete reach that milestone of 5,000 yards,” Kenesaw head coach Craig Schnitzler said. “It’s a tribute to what he has accomplished, but also what the guys up front have done over the four years of his career.”

Also scoring for the Blue Devils was senior fullback Trey Kennedy on a 3-yard touchdown run with 5:57 left in the first quarter.

Kennedy finished with 32 yards on 10 carries.

Junior Nick Kuehn also scored the game’s final touchdown on a 5-yard rush with 1:59 left in the third quarter.

Kuehn had 54 yards on four carries.

“I thought the kids really executed on both sides of the ball in the first half,” Schnitzler said. “We always want to strike first and we did that. It was kind of a ground and pound early on. I like the way the kids were being physical throughout the game in the first half.”

Schnitzler was impressed with how his defense contained Blue Hill quarterback MJ Coffey. Coffey completed 12 of 27 pass attempts for 139 yards and one touchdown.

The touchdown occurred with 4:07 left in the first half when Coffey connected with Krae Ockinga for 4 yards.

It was a four-play drive after Blue Hill’s Romeo Gomez picked up a fumble by Denkert and carried it 27 yards to the Kenesaw 4-yard line.

Coffey has a lot of athleticism, Schnitzler said.

“He’s hard to get to, but we forced some pressure throws and got him to where he was he was uncomfortable at times and I thought our pressure was pretty solid,” he said. “We had a couple bends but we didn’t break tonight.”

The game stopped briefly at the end of the third quarter to recognize Denkert’s accomplishment.

Announcer JR Pulver spoke about the milestone, fans held up signs with the number 5,000 and Denkert’s teammates hoisted him on their shoulders.

“It was great,” he said. “The whole community was here. I had my family here. It was just a great accomplishment. Teammates have helped me all the way through my high school career. I want to thank all of them playing with me right now and my past teammates.”

He reached 5,000 yards on a night when Kenesaw also recognized its youth football program.

Denkert has played with many of his teammates since they were the ages of the young boys who were on the field at half time during the youth football recognition.

“We’ve built a bond through football since we were elementary kids,” Denkert said. “To have them here with me, it’s just great. It was a great moment.”