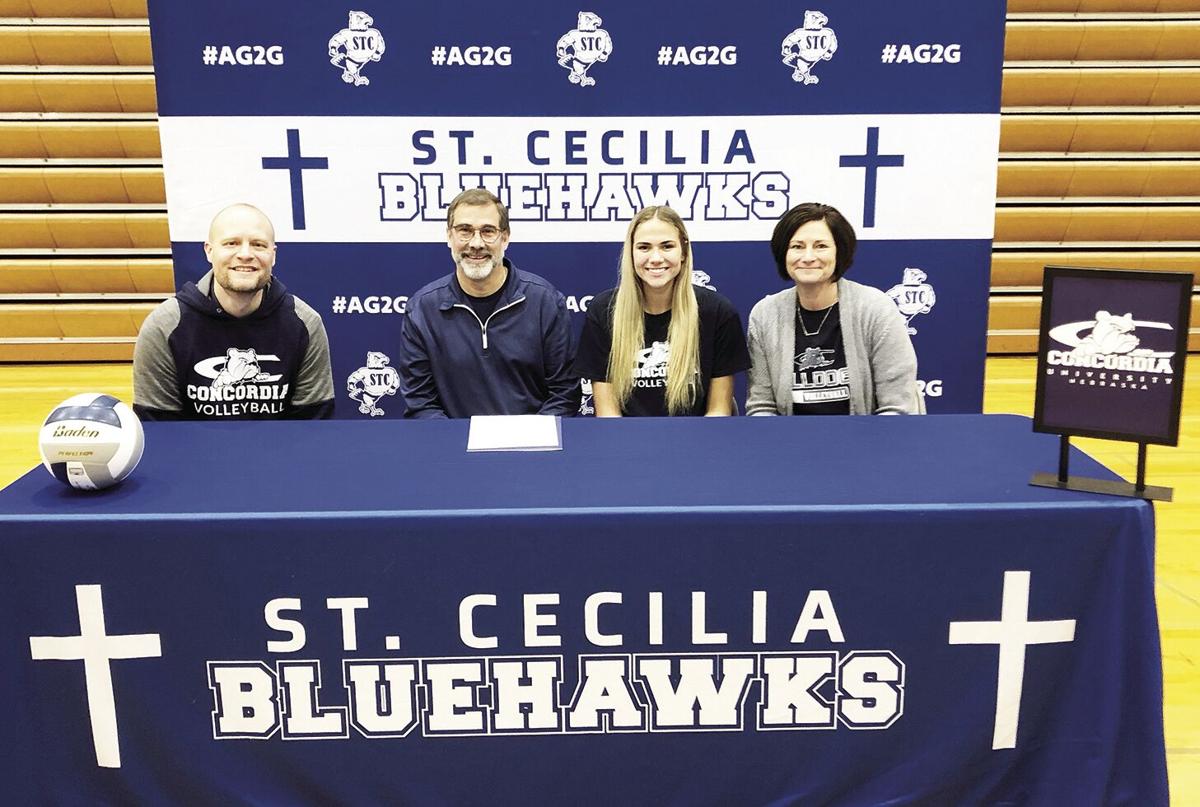 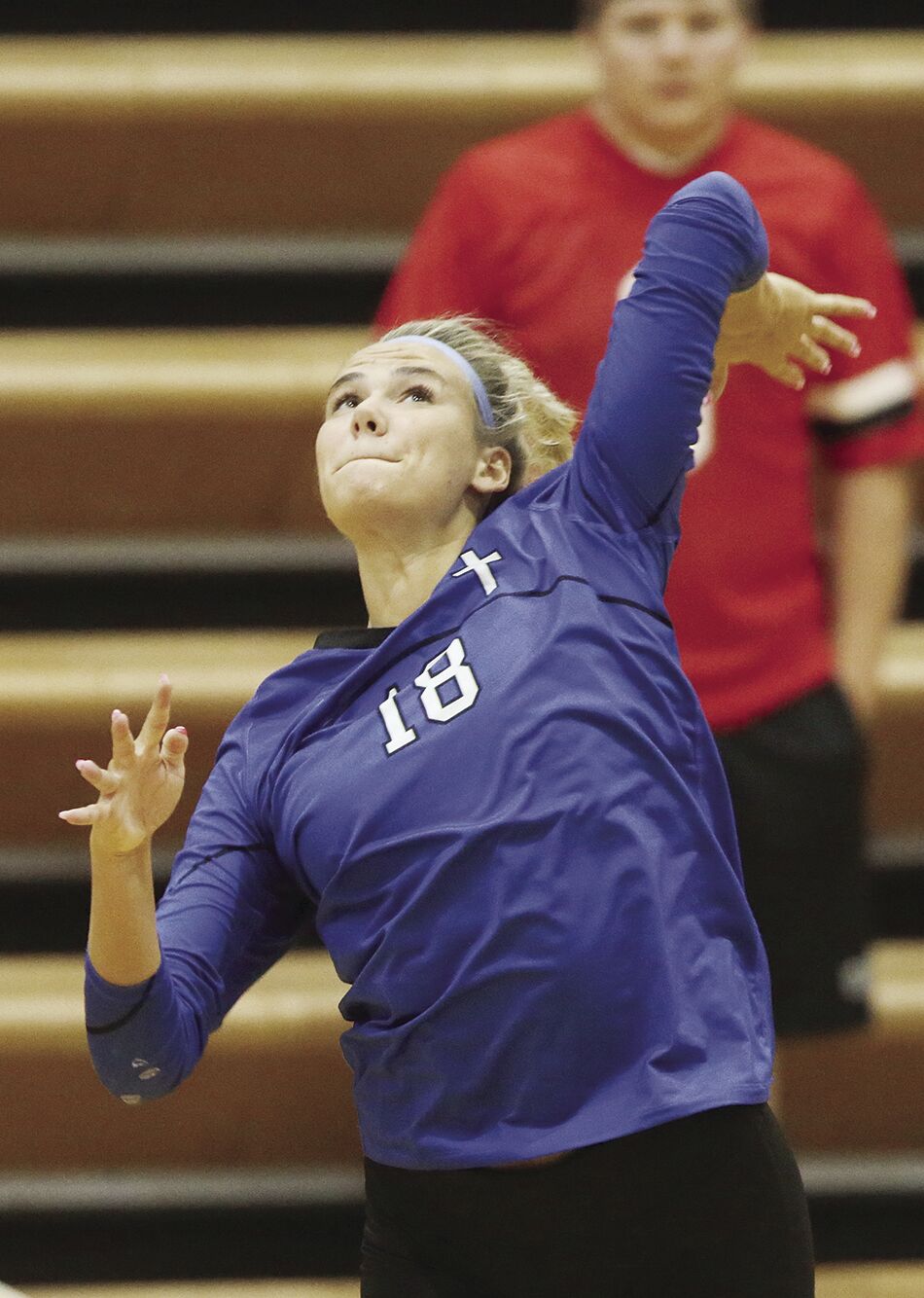 Addie Kirkegaard has come a long way from the young girl who “couldn’t walk and chew gum at the same time,” as a club volleyball coach once described her.

With friends, teammates, coaches and family present, Kirkegaard signed her letter of intent to play volleyball at Concordia University in Seward following her final class of the school day.

The decision was easy, she said.

“I pretty much knew right away when I started looking at them more,” said Kirkegaard, who contemplated destinations like Hastings College, Northwest Missouri State and Missouri Western State.

The event was streamed by Hastings Catholic Schools.

STC volleyball coach Kelan Schumacher thanked Kirkegaard, his reliable 6-foot-3 outside/middle hitter, for her contributions to the Hawkette volleyball program, which he assured would last beyond her four-year stint in royal blue.

Kirkegaard gave a nod to all of her coaches — club and high school — who shaped her on and off the court, and her teammates and parents for their unwavering support.

Concordia head coach Ben Boldt, who made the drive west from Seward for the ceremony, said Kirkegaard fit in with the core values of the Bulldogs’ program: love, trust, hard work and sacrifice.

“Those are the things we coach to and train to and from what we’ve seen from Addie over time as she’s really grown up through the game and our time recruiting her, she’s really embodied those,” Boldt said.

Boldt also applauded the audience, the largest he had seen at an individual’s signing ceremony during this recruiting period.

Concordia finished its 2021 season in the national quarterfinals for the second straight season and ranked sixth in the NAIA postseason coaches’ poll.

Kirkegaard, who mostly only played front row, knows a lot of hard work lies ahead to reach the varsity level at CUNE.

“I’m going to have to work my butt off to get to the point where I want to be,” she said. “But I’m really excited to see how far I can push myself to become a better player and what they’re looking for as a starter.”

The coaching situation at Concordia is unique, and that helped Kirkegaard with her decision, too.

The pair, who boast a 77-37 win-loss record, just concluded their fourth season in Seward.

Ben said recruiting trips can make for a challenge with the couple’s kids tagging along, but he was granted permission to attend Kirkegaard’s signing.

“I really do love their coaches,” Kirkegaard said. “The husband-wife duo makes you feel like part of a family. They’re caring, they’re pushing and they want you to do the best you can do.”

Prior to the Boldt’s arrival, the Bulldogs had been to one national tournament. They’ve now been to three in a row.

Winning is nothing Kirkegaard isn’t familiar with.

Kirkegaard, who plans to pursue a degree in education, capped her career in fifth place on STC’s all-time kills with 974 while hitting .346. Her 294 career blocks rank second.

“Playing volleyball is her passion and you can see it,” Schumacher said. “It’s been a blast coaching her.”