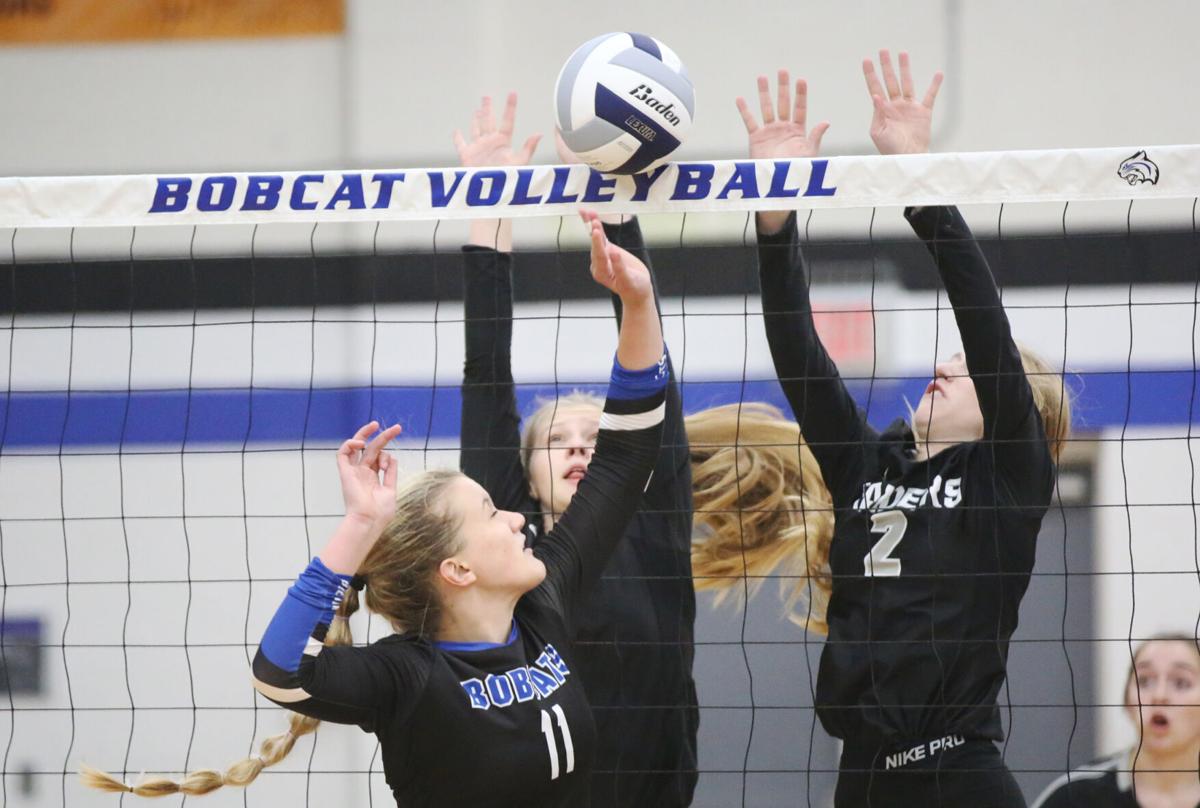 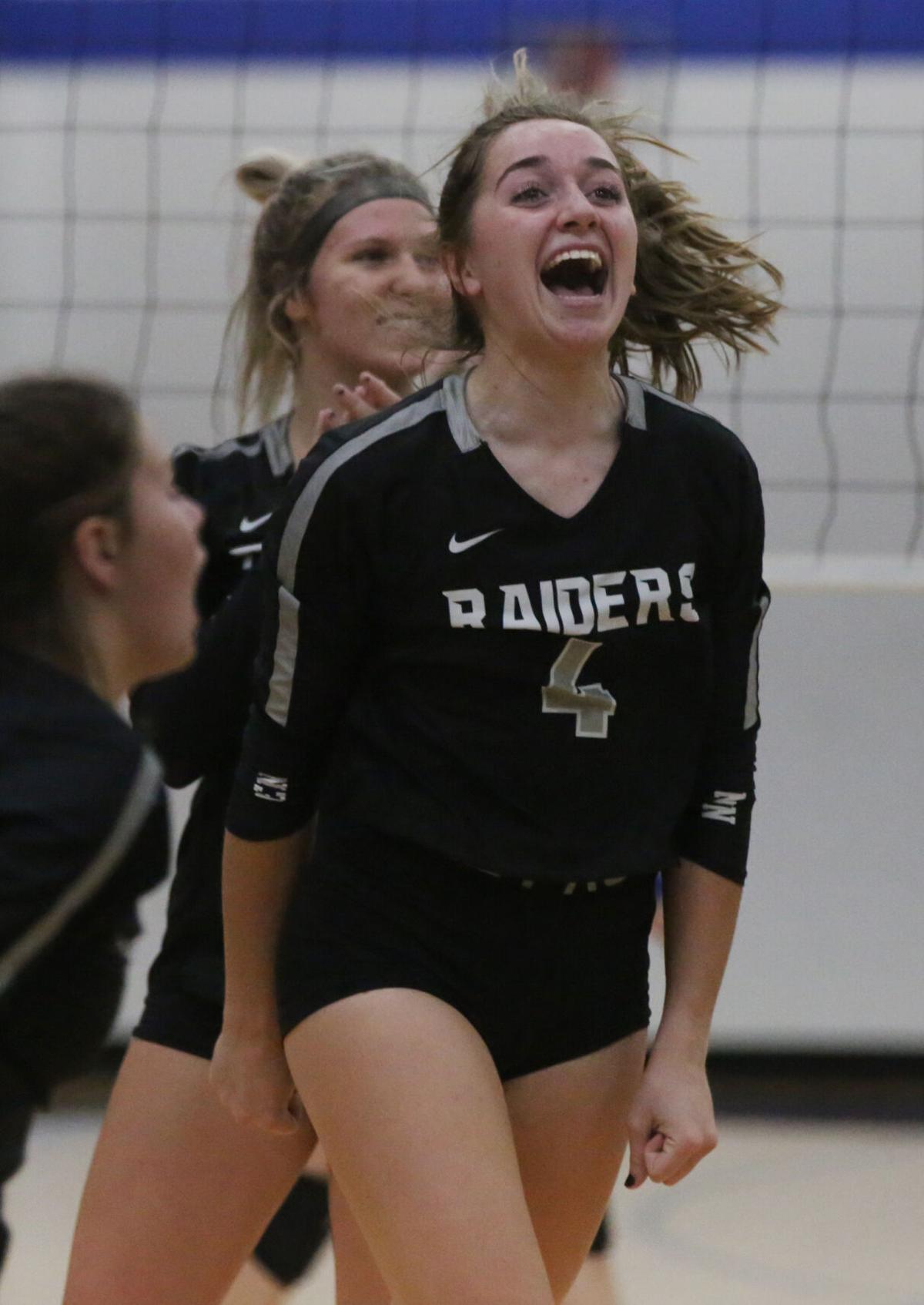 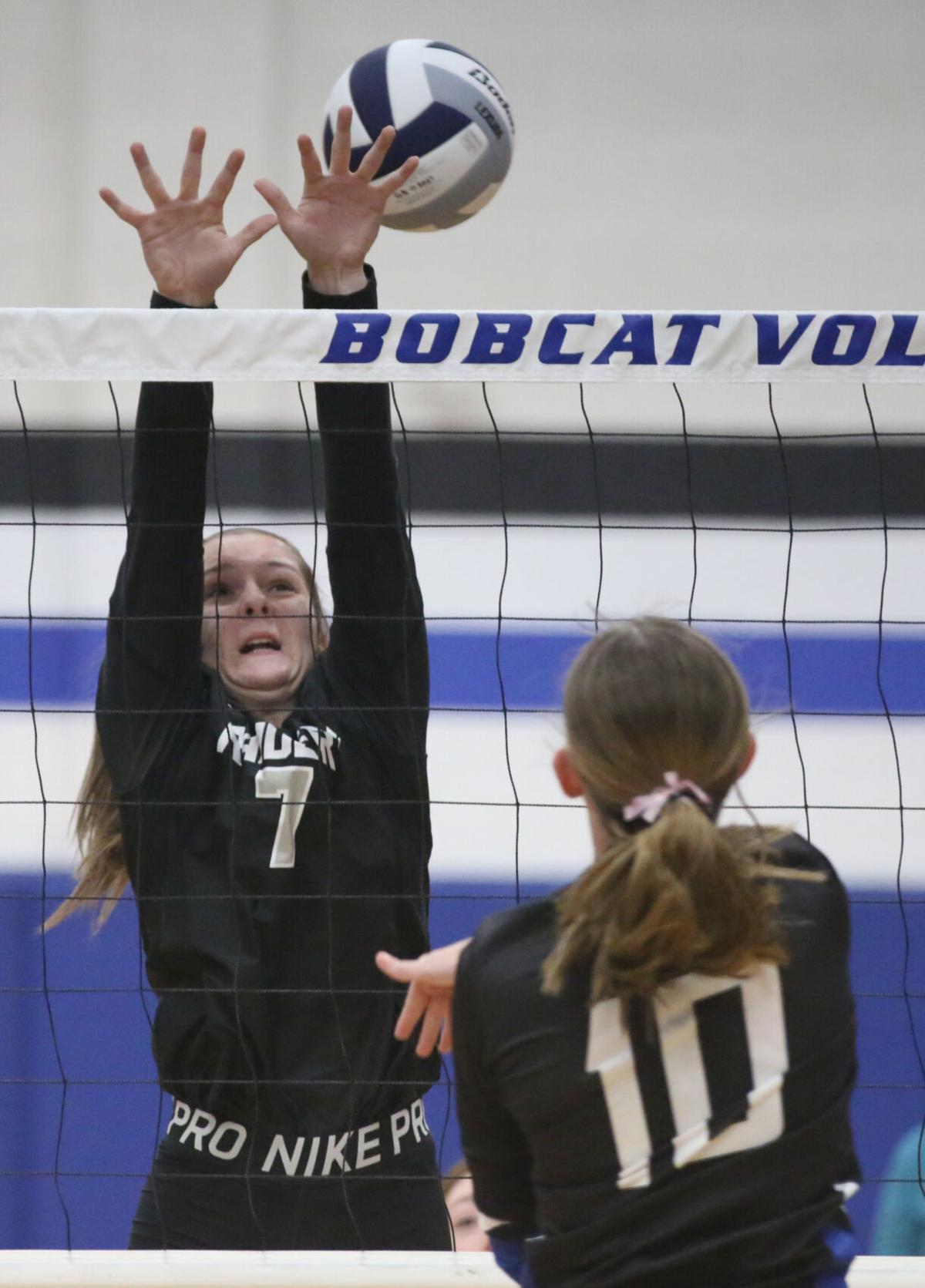 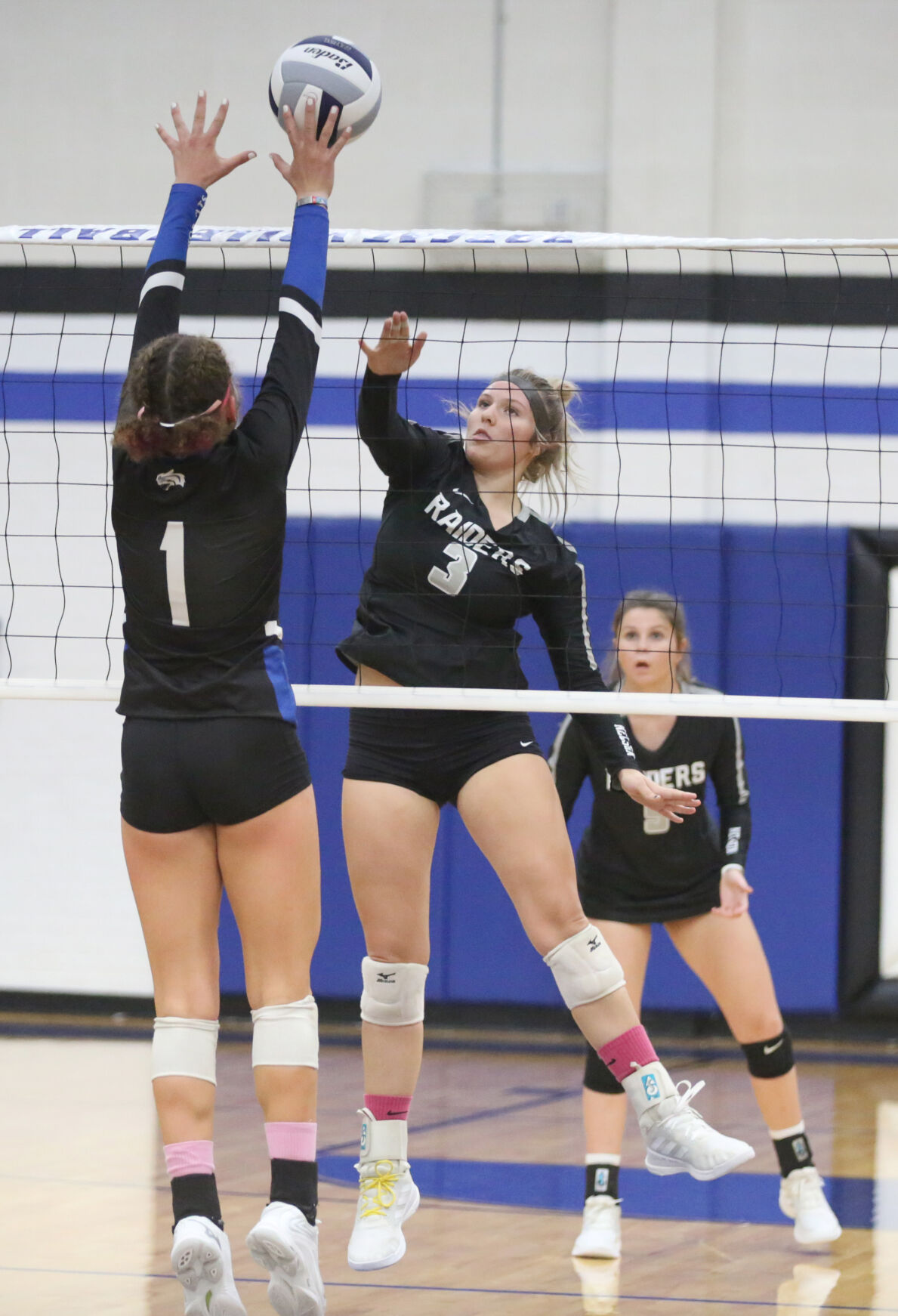 “This was our first five set match this year and I think the girls handled themselves very well tonight,” said Raiders head coach Nolan Kawata. “We talk about staying composed every single day and they did a great job of that tonight.”

In the first set of the night, the Bobcats were down 18-19 before scoring seven unanswered points to win set one 25-19. Senior Abigail Meyer had a pair of ace serves in the run and freshman Reece Mlady added a block.

Set two was another back and forth battle, with the Raiders taking an early 7-4 lead. Midway through the set, and with the score tied at 12 apiece, senior Emma Epley connected with junior Katelyn Mazour for a kill. The following play Mazour returned the favor, assisting Epley for the kill and leading the Raiders to a 27-25 victory.

Meyer had two early kills for the Bobcats in the third set and junior Emma Karr added four as they built a 13-10 lead. L-N senior Aleah Heikkinen nailed two kills midway through the set to keep things close. Karr added two more kills late in the set for the Bobcats to give them a 25-21 win.

Sophomore Sydney Biltoft set the tone early in set four for the Raiders by getting a pair of blocks as they took a 16-11 lead midway through. Meyer had six kills for the Bobcats, but the Raiders found an answer in Epley, who nailed four kills down the stretch as they won 25-20.

It all came down to the fifth and final set, with both teams going point for point. Meyer had a couple of early kills for the Bobcats as they took an 8-5 lead. Freshman Karan Menke came on strong at the end for the Raiders, getting five late kills, including the final two of the match to win 15-13.

“We don’t like to put too much pressure on one person and we really focus on the team,” Kawata said. “Our upperclassmen set the tone early and the younger kids responded at the end. I think every one played well tonight.”

Bobcats head coach Jessica Diehl was frustrated with the outcome, but pleased with the effort she saw in her team.

“So many things went right and so many things went wrong,” Diehl said. “We had a hard time bouncing back when we got down, we maybe tried too hard at times and just need to continue to work on being more consistent. They played so hard it’s just frustrating because they are so close to putting it all together.”