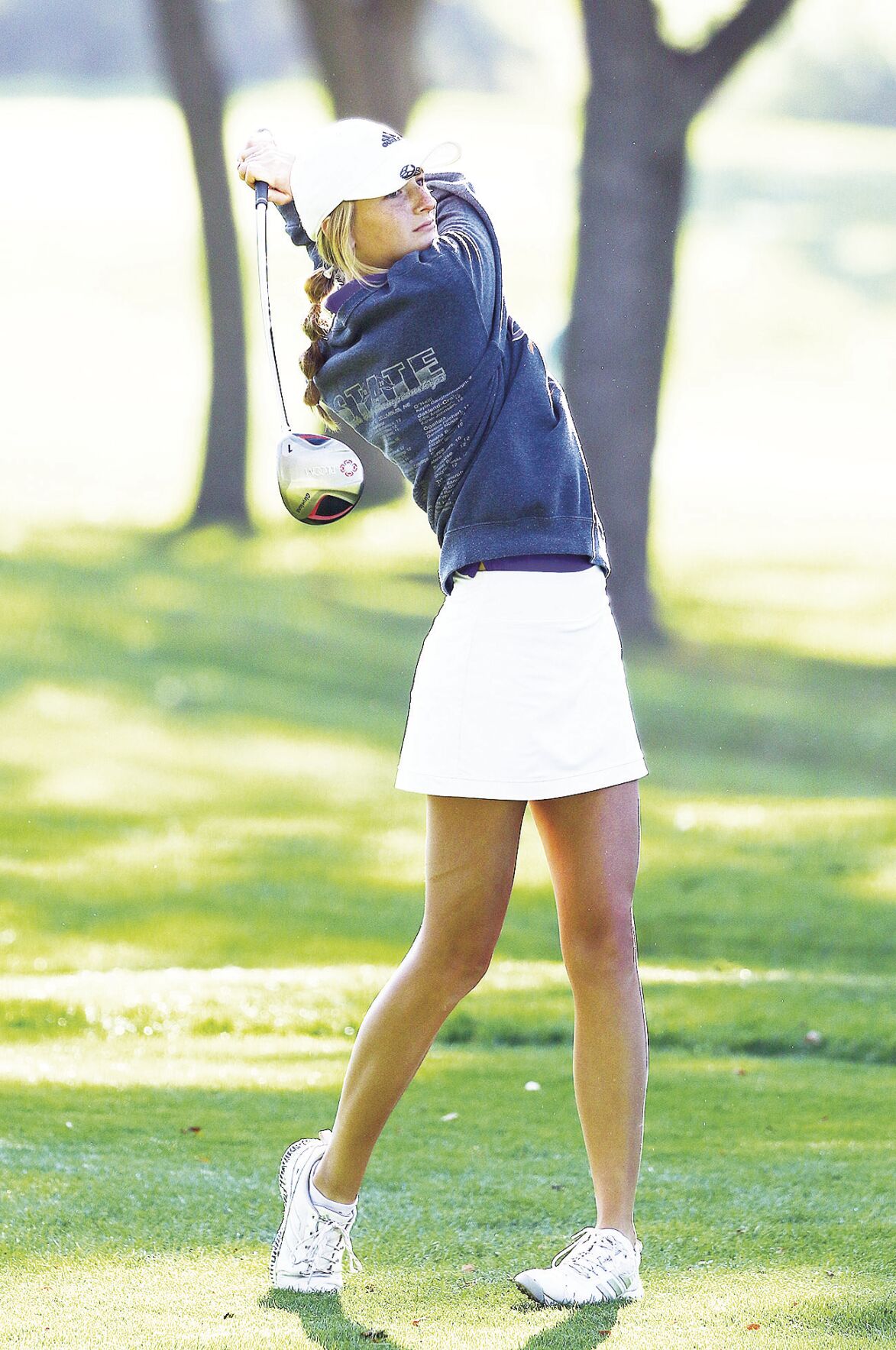 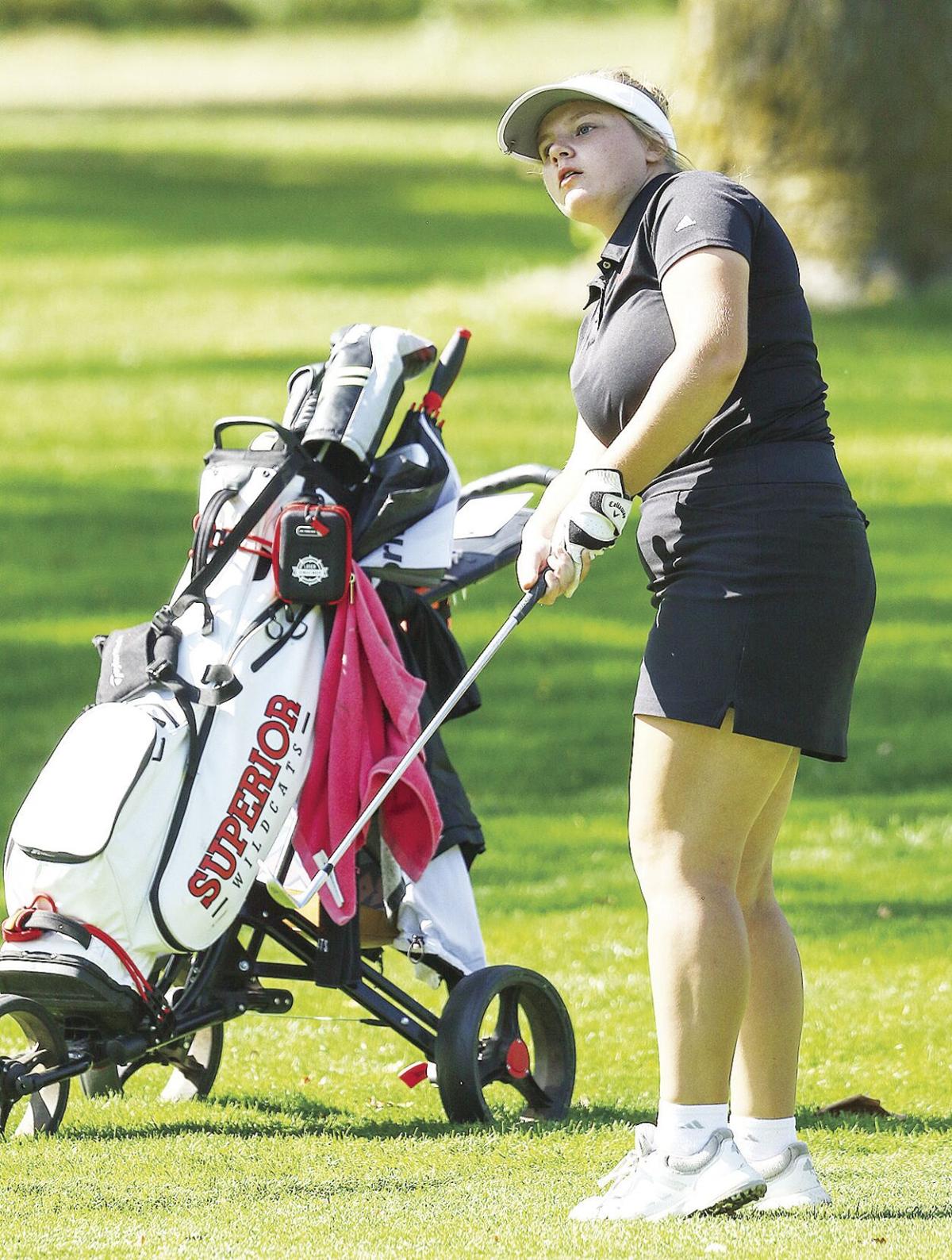 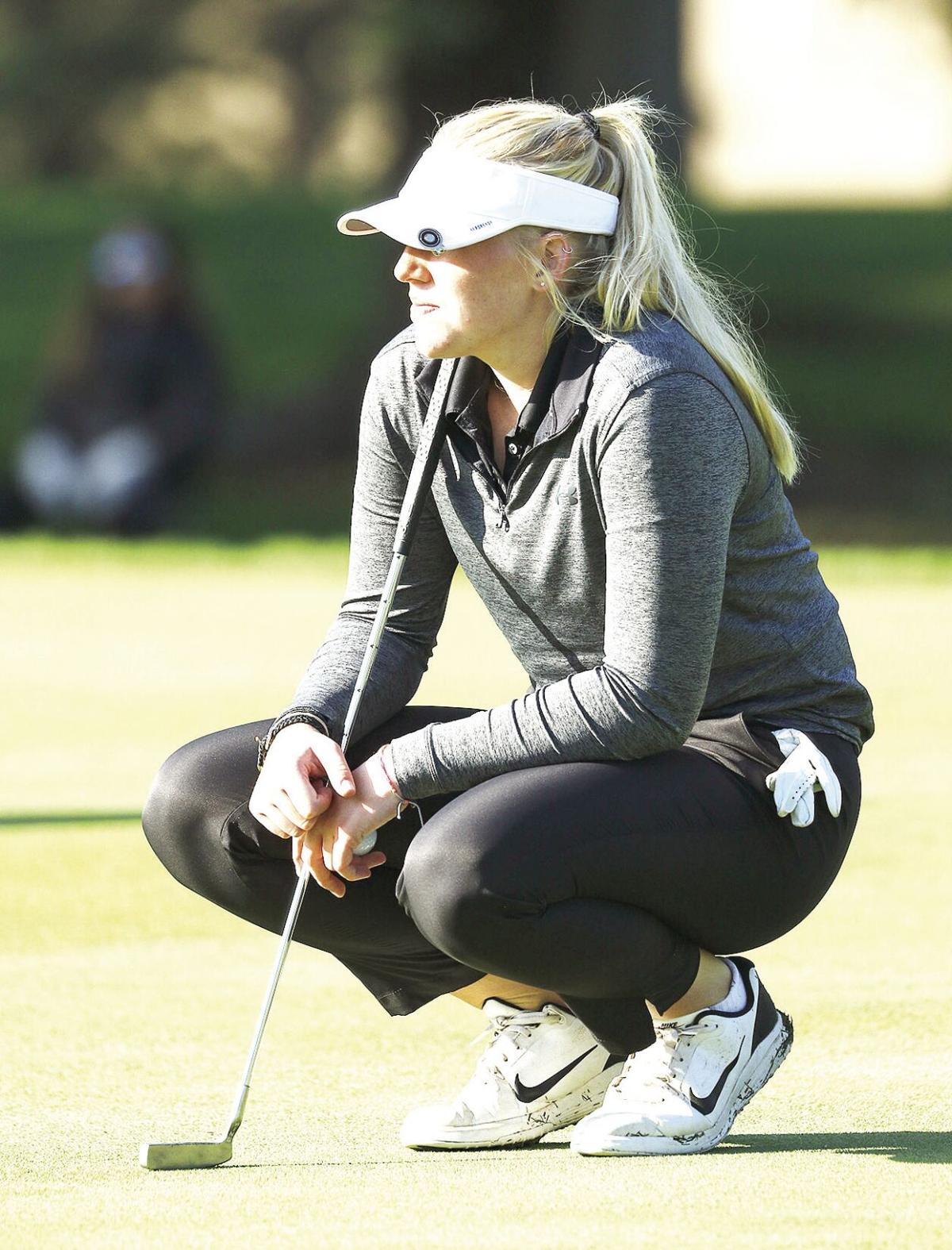 COLUMBUS — What a difference a day can make.

Day one of the Class C state golf meet was disappointing for Minden’s Callie Whitten. The Whippets’ sophomore turned in a score of 104 and sat in a tie for 39th after the first round of competition at the Elk’s Golf Club in Columbus. But in Tuesday’s final round, Whitten carded the third-lowest score of the tournament.

She finished the day with a 91 — 13 shots lower than her day one score — compiling a two-day total of 195 for the tournament. Whitten placed 27th individually.

“(Tuesday), she went in with a really good attitude,” Minden head coach Whitney Maulsby said of Whitten. “She was disappointed from yesterday — not a terrible score at all, but for her, she had bigger goals. I was so impressed with how she went out there, readjusted, got out there and warmed up strongly, working on what she struggled with yesterday...she got more confident and started the day off great and just rolled with it.”

Whitten started the day with a 45 on the front nine, making par on two holes, which was two more par conversions than she had the previous day. During day one, the Whippets’ sophomore shot a 47 before struggling on the back nine with a 57. Maulsby was curious to see how Whitten would handle the back nine on Tuesday, and the coach was proud of the way the young golfer performed.

“It was fun to see a sophomore with the confidence that she has the control of her own game,” the Minden coach said. “I don’t even think most adults can do that. She was following through with what her mind was envisioning, so it was fun to watch.”

Whitten recorded two pars and a birdie over her final nine holes, finishing the day with a 91. The score was even inflated thanks to a bizarrely comical incident.

On hole 16, Whitten’s shot rolled up the exposed root of a tree and settled on a ledge of bark extending from the trunk about six feet off the ground. Whitten was unable to play the shot from its lie, forcing her to take a drop and then punch her way out of the trees. Minden’s ace shot an eight on the hole.

“It did hurt her score a little bit, but she handled it so well. She was laughing the entire time and was entertaining everybody around her. It was kind of a positive memory even though it negatively affected her score,” Maulsby said.

This year’s tournament was the second consecutive state meet for Whitten. With two years of state experience and the stellar round to conclude the season, Maulsby said the sophomore is very much looking forward to competing as a junior next fall.

“I asked her if there was anything that stood out to you that you were excited about, and she said, ‘I just loved seeing all these great golfers and knowing that I can come back next year and see all of them again and we can do this all over again,” Mauslby said. “It was different for (Whitten) without a team because she didn’t get to share it with other people. But I think we have a really good chance at making it back as a team. I think it’s cool that she can lead them as someone who now has two years experience.”

The Superior girls golf team also put the finishing touches on a memorable season on Tuesday. The Wildcats qualified for the state tournament as a team for the first time in 13 years. They ended Tuesday’s final round with a two-day total of 856, placing them in 12th.

Though it took more than a decade for Superior to return to the state golf meet, the Wildcats may not have to wait quite so long for the next trip. They will lose their leading scorer from this year’s meet in Henderson, but the rest of the Wildcats are underclassmen — two juniors (Blackstone and Neah), one sophomore (Nadie) and a freshman (Biltoft).