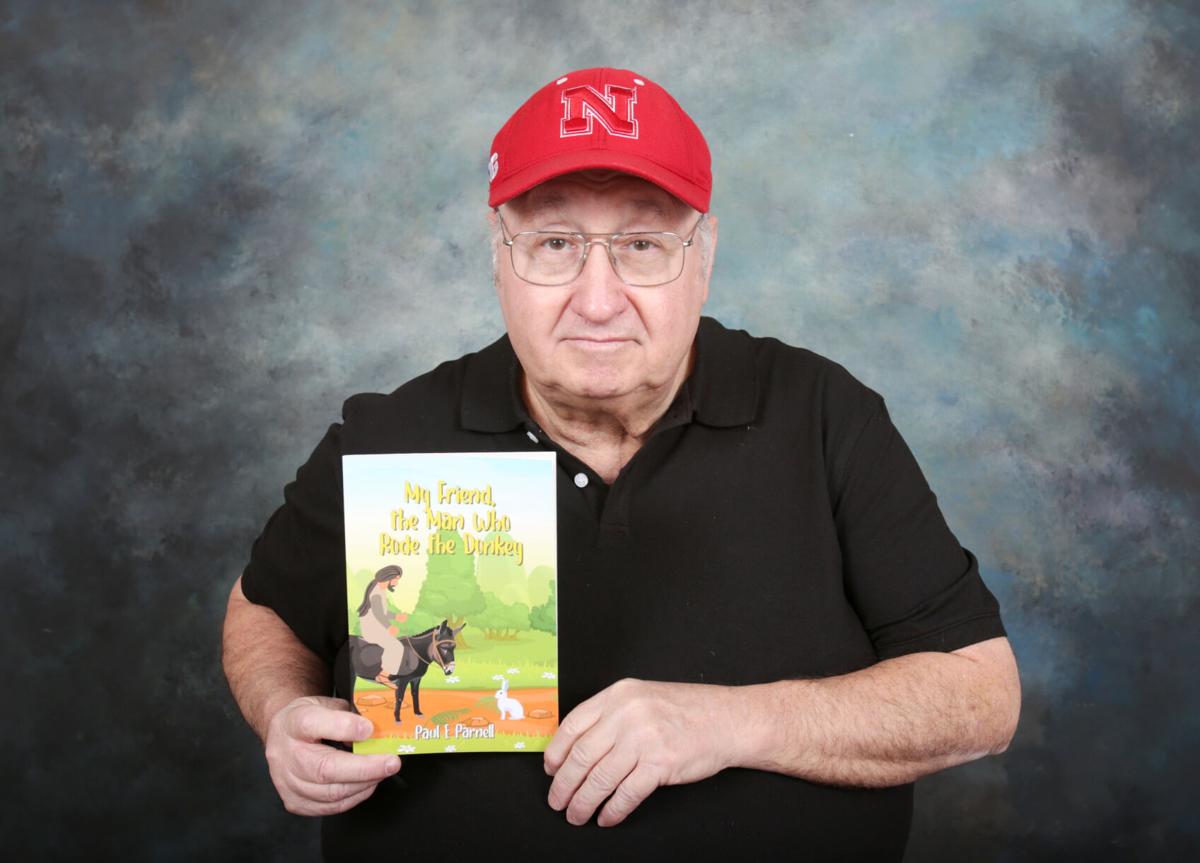 Paul Parnell of Harvard is photographed with his book “My Friend, the Man Who Rode the Donkey.” 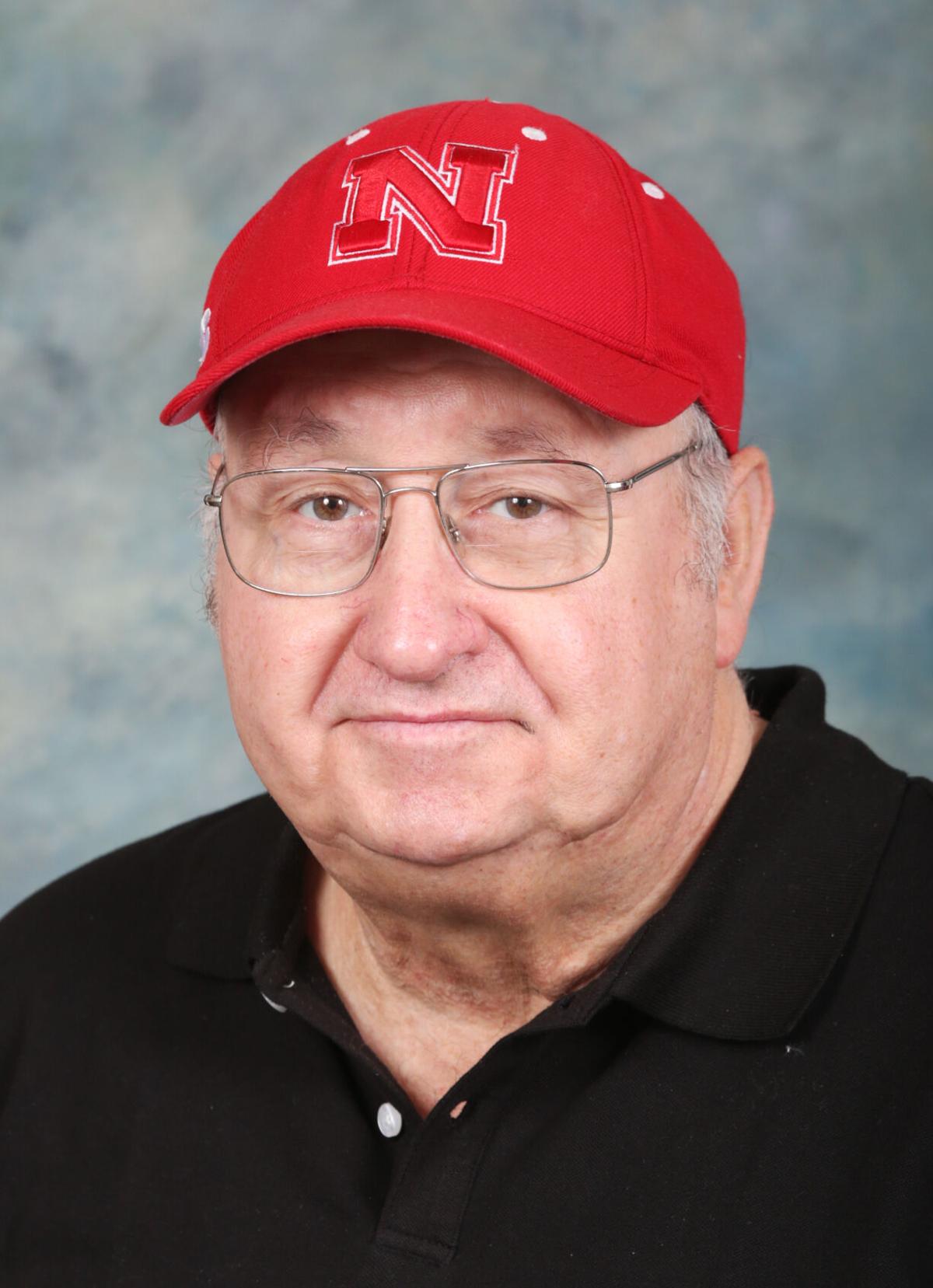 HARVARD — Child-like belief in the Easter Bunny, Santa Claus and Christianity was the driving force behind the first children’s book published by Harvard author Paul Parnell.

“I’m Peter Pan, and I refuse to grow up,” the 72-year old Hastings native writes in the closing of his debut release, “My Friend, the Man Who Rode the Donkey” (Page Publishing), a book he completed with the help of his terminally ill younger brother, Craig, who died in December 2020 at age 69.

Available through most retail book outlets, the 80-page story is one of dozens Parnell has penned through the years. It is a story of a mystical encounter between a rabbit and Jesus, one that affects the fictional bunny’s lineage and identity forever.

Taking the reader on a journey through the life, death and resurrection of Jesus, the simply written tale offers a creative explanation for the Easter Bunny’s role in the Easter story. It was a mystery Parnell felt compelled to crack, one he hopes children will embrace for decades to come.

“Easter has significance,” the non-churchgoer said. “Growing up, I never could figure out why we were celebrating Easter with the Easter Bunny. I mean, it was supposed to be a religious holiday.

“I just thought, ‘Somehow this has got to be related,’ so that’s how I related it. The Easter Bunny follows the life of Christ from birth to Ascension.”

Released on Oct. 28, 2020, the book already is garnering national attention in the media. A nationally syndicated radio program, “People of Distinction,” interviewed Parnell about his story in its Feb. 28 broadcast carried by multiple networks, including CBS, Fox and National Public Radio.

But life has always been a magical journey to Parnell, whose many hats have included full- or part-time work at Hastings Irrigation, Ponderosa Bowl, local pizzerias, and American Legion baseball coaching and umpiring positions.

He regards impersonating Jolly Old Saint Nicholas for work clients and Peter Cottontail for a friend’s children among his fondest memories. The latter role involved leaving Easter baskets for his former girlfriend’s two young daughters who had recently lost their father.

“They needed a little magic in their lives,” he said. “To this day, I don’t think they know who the Easter Bunny was who left the baskets.”

Parnell’s dream of becoming a published children’s author came to life in the mid-1980s, when he enrolled in a children’s literature correspondence course out of Massachusetts. Though he never finished the program, which featured instruction from such noted writers as Rod Serling of “The Twilight Zone” fame, it was then he penned the manuscript he later developed into his debut release.

“It wasn’t something I sent in to have read,” he said. “In 2019, I decided to see if somebody would take some of the stories I’d compiled that were sitting around, mostly children’s stories.”

Working with his well-read brother, who worked as a forklift operator at Dutton-Lainson Co. for 45 years, he resurrected his Easter-themed story for possible publication. The pair spent days dissecting each sentence on Craig’s computer before mailing copies to multiple publishers for consideration.

Eight days later, Page Publishing contacted him with an offer to publish his book. The Easter Bunny apparently had worked its magic through the storyline.

“I called Craig, and he was more excited about it than I was,” Paul said. “It was the last thing we did together.”

His brother is included in the book’s dedication, along with his former girlfriend.

Already reworking a story from his previous works, Parnell said he imagines his bunny tale would adapt nicely into a children’s movie or television special. That such an adaptation may require the kind of otherworldly intervention his bearded and furry friends are best known for seems ironically appropriate.

“I honestly believe it has the capacity to make a wonderful little animated movie,” he said. “I think it could go that far.